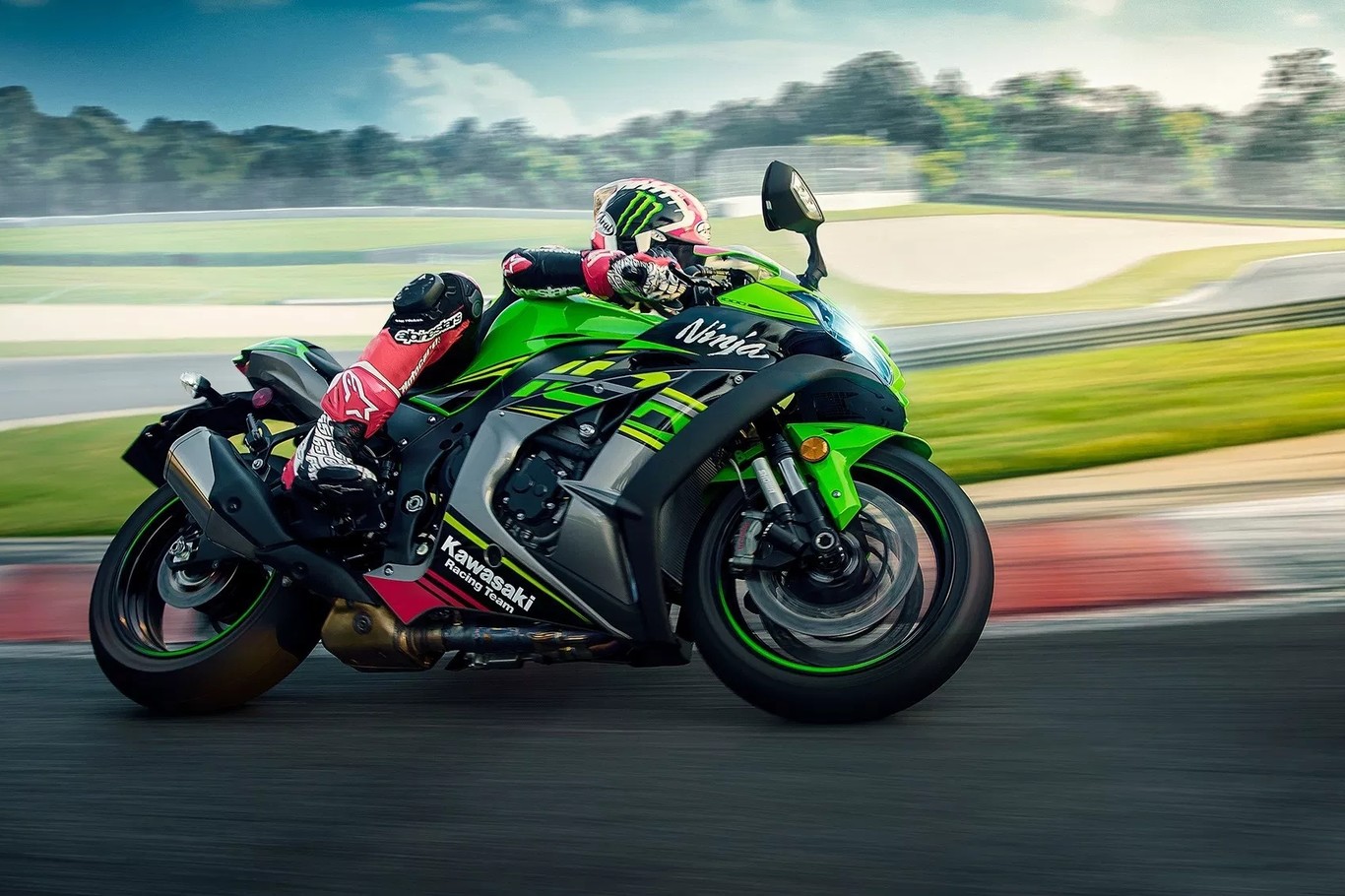 This year 2019 in the garage of Kawasaki Racing Team. Jonathan Rea and Kawasaki have had to wait until Imola to win their first victory in the 2019 season of the Superbike World Championship.

Obviously this was not part of the plans of Kawasaki that has kept updating the platform of the ZX-10R without major changes during the last seasons. Now the arrival of Álvaro Bautista and his Ducati Panigale V4 R would have made the Japanese react and it seems that we already have confirmation that there will be a ZX-10RR much more radical than we knew until now.

When Kawasaki decided in 2002 to get into the MotoGP war with the arrival of the four times at the highest level he did so thinking that with the support of Kawasaki Heavy Industries could rival the Japanese brands in the category and battle against the arrival of Ducati .

The result was not like that . For years, Akashi had a championship with a very ambitious but unrealistic development plan until in 2009 they retired with a baggage in which the only highlight was a Shinya Nakano podium at the Japanese GP in 2004.

From then on the green brand thought of going back to the Superbikes in style, and did so by creating a program in which this time they took the necessary steps allying themselves with the Provec Racing of Guim Roda, creating the Kawasaki Racing Team and taking over the service of winning drivers that took to the Kawasaki ZX-10R to the title in 2013. That was the first title for the showcases of Akashi since 20 years before Scott Russell obtained it in 1993.

Since then Kawasaki has opted for victory and in 2015 began the longest streak known to man in the Superbike World Championship when signing Jonathan Rea . Together, the binomial Rea-ZX-10RR has been made with no less than four consecutive crowns, a poker of consecutive wins that nobody had managed before

Ducati had to arrive with a similar strategy but to the beast, taking an artillery in the form of Ducati Panigale V4 R derived from MotoGP with a pilot of the stature of Alvaro Bautista worthy of fighting with the stars of the world motorcycling to end the tyranny of Jonathan Rea. So much so that in his first season in the championship, with circuits he does not know, tires he had not tried before and a motorcycle still in development, Bautista has already won the first 11 races of 2019 , equaling Rea’s record of consecutive victories. .

On this premise, both Jonathan Rea and Kawasaki are trilling . Both have complained about the performance of a Panigale V4 R that according to them is too similar to a MotoGP bike, but that for its misfortune is within the regulation to stay below the budget barrier of 40,000 euros for the units sold. 39,990 euros specifically.

Given that the regulations in hand can not do anything and that even Gregorio Lavilla has stopped the complaints to the box of KRT , the Japanese factory has decided to react to recover what they understand to be theirs, with a motorcycle more radical than can fight the power of Borgo Panigale .

A few weeks ago Ichiro Yoda , technical manager of Kawasaki, announced that Kawasaki should work in the same way as Ducati to be able to compete with them, abandoning a relatively affordable serial platform to do the opposite: homologate a motorcycle almost racing to put it in the championship.

Now we have what could be the confirmation of this sequence of revenge, because according to the documents of the California Air Resources Board (CARB, the agency that controls the emissions of vehicles in the sunny American state) there is a new Kawasaki ZX-10R in path, but there is no trace of a Kawasaki ZX-10RR .

A moment, but we had not said that in Kawasaki they were preparing an RR? Right, and let’s explain it. The CARB documents collect the emission figures of the engines of each vehicle, even if the same engine is used for several versions of a model such as the ZX-10R and ZX-10RR, both variants appear in the same document as you can see below:

However, in the CARB document that registers the emissions of the model that is going to be commercialized next year there is no trace of any ZX-10RR, only the ZX-10R appears and in fact its emission figures are identical to those of the model above, so the ZX-10R’s propeller should not change at all after the update introduced for this season.

What does this mean? Well, there really are not many options. In fact there are only two options and one of them is very unlikely. The one that seems less realistic is that Kawasaki is not going to market a ZX-10RR in California (or in the United States) because there simply is not a ZX-10RR on sale in 2020, which would leave out the Japanese motorcycle. Superbikes World Championship

The other option is that in Akashi they are working on a really extreme motorcycle with a propeller that finally deviates its way from the one used in the ZX-10R . An engine that, like the Panigale V4 R, could be designed exclusively for racing and that, by offering different power, torque and performance figures, it also changes its emissions, having to register in the CARB with a separate document.

In this way , Kawasaki’s reaction would be practically confirmed , and that is that neither the Japanese nor Jonathan Rea have liked the deployment of Ducati. So, yes, in 2020 it is more than likely that we see Jonathan Rea with a much more smiling face than is usual in 2019, even if it is with a motorcycle that I would have to criticize for being too racing if it were consistent with your complaints this year.