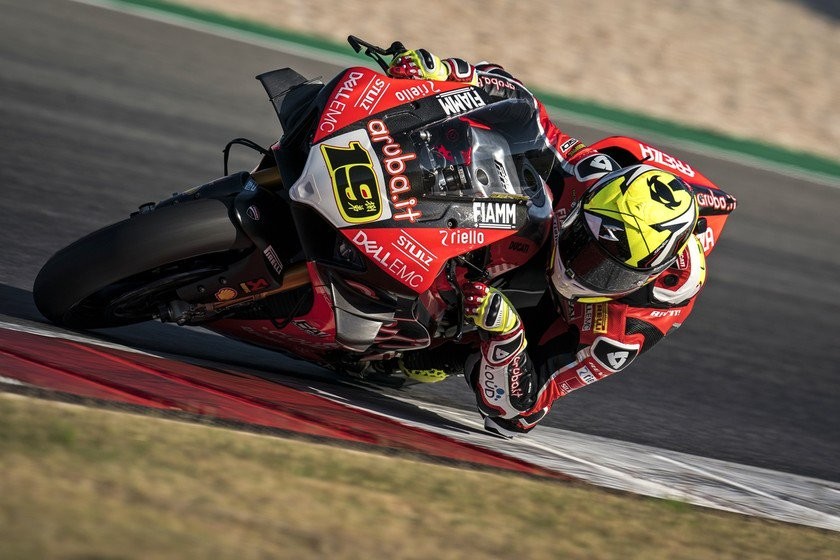 The Superbike World Championship returns this weekend after more than a month’s break and the news is not too good. Álvaro Bautista, the title candidate, is still touched by the shoulder injury that occurred in Laguna Seca. The Spaniard even had to withdraw from the tests that were carried out in Portimao last week.

Bautista left Laguna Seca without any points and with a damaged shoulder, but it seemed that the month and a half of a break between races would be more than enough to heal the wounds. Nothing is further from reality. Bautista arrives in Portimao injured and even considers not participating in the free practice tomorrow morning to take care of his shoulder.

The left shoulder ligaments are touched

Álvaro Bautista dislocated his shoulder after a fall in the Superpole Race of Laguna Seca. The talaverano touched Toprak Razgatioglu in the first corner and went to the ground, falling on his shoulder. Then he tried to run in the long race, but he had to retire on the first lap because the pain was unbearable.

He was later discovered to have affected the left shoulder ligaments , although in principle it was just a stretch. Nothing that should complicate being 100% a month and a half later in Portimao. But the cure of this problem, which is not too serious, it is slow and has been complicated until this situation.

That is why Bautista admits that “during this weekend we might have to change our focus and try to rest our shoulders on Friday to be able to face the races in the best possible conditions.” That is, Baptist would skip free workouts to be cooler on Saturday and Sunday.

The problem is that Bautista has never competed in Portimao . He did some pre-season tests last January and others last week, although he had to leave them half due to his injury. “The two tests I did on this circuit will be of great help, we have some references, I know the track better and, as a result, everything will be a little easier,” explains Bautista.

Álvaro Bautista is currently 81 points behind Jonathan Rea in the Superbike general and he needs to cut many points in Portimao if he wants to rejoin the fight for the title. However, skipping free workouts and being injured suggests that it could be the opposite, that is, that Rea takes a decisive advantage.

And in the meantime, the atmosphere in Ducati will not be the most pleasant in the remainder of the year. Recall that Álvaro Bautista has not wanted to renew with the Italians and, although it is not official yet, it seems that he will drive for Honda . In fact Ducati has already announced who will be his replacement in 2020, the British Scott Redding .