Amazon Sidewalk wants to connect your Amazon Echo with those of your neighbors, and will do so unless you do not deactivate that option – FindNow 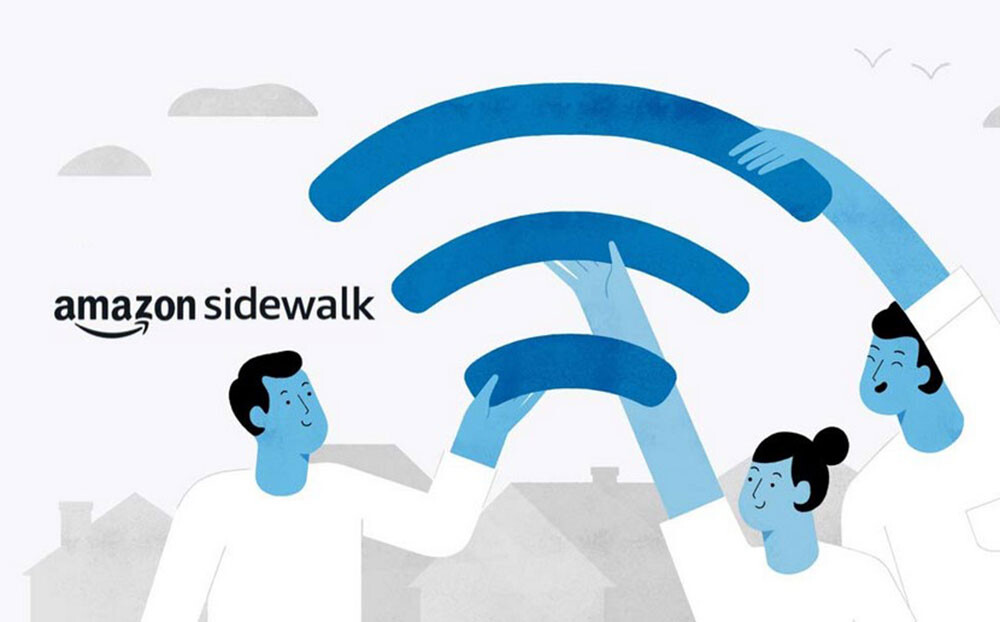 Amazon Sidewalk was announced in 2019 with little noise: The service is aimed at sharing a small fraction of our Wi-Fi connection with our neighbors, who in turn share it with others.

The idea is to create a large fault-tolerant network that allows devices in the Amazon Echo family to continue to function even if we run out of WiFi at home. The service is going to start working in the United States, but to the surprise of many Amazon will activate it by default and it is users who have to deactivate it actively if they do not want to be part of this disturbing network that most people probably will not. you will know what you have working thanks to Sidewalk.

A curious idea with practical applications, but …

Sidewalk uses that small part of the WiFi coverage to send Bluetooth Low Energy signals or (if the device allows it, like the new spherical Echo and Echo Dot) radio signals (LoRa) in the 900 Hz band that are sent to compatible devices (such as speakers and smart displays from the Amazon Echo family) and that reach a much greater distance than Wi-Fi signals reach by themselves. According to Amazon , that distance can be 800 meters.

When our devices are part of this network, devices such as smart speakers, smart lights or smart garage door opening systems can benefit from those long-range signals that pose a curious alternative to WiFi signals whose coverage is more limited. They can also be interesting to help location sensors such as Tile’s can work at a much greater distance and help us find our wallet or our dog if we used them that way.

As noted by CNET , Sidewalk doesn’t need to buy any special software, and it’s an option that came as a firmware update for Echo speakers or Ring cameras. Users in fact do not have to do anything, and here comes the worrying thing: if you have a speaker, a screen or a camera from Amazon, the service will be activated by default when Amazon decides to launch it.

It is already in the United States, where many users have discovered with surprise that they will be part of that Amazon Sidewalk network without more . There the users of these devices will have this serial connection activated, something that has caused some controversy .

For some experts the idea is curious, but any service of this type inevitably causes certain data to be sent to Amazon’s servers . In September the company already indicated in a report how it protected privacy when launching this service.

In doing so, they compared Sidewalk with the postal service: like them, Sidewalk processes the data that your devices send and receive and guarantee that everything gets where it needs to go, but that does not mean that they “read your letters” , but only the addresses from and to which they are sent.

Information that customers would consider sensitive, such as the content of a package sent through Sidewalk’s network, is not seen by Sidewalk. Only the intended destinations [the endpoint and the application server] have the necessary keys to access this information. Sidewalk’s design also ensures that owners of Sidewalk gateways do not have access to packet content from [not owned] endpoints that use their bandwidth. Similarly, endpoint owners do not have access to information on gateways.

In addition, they claim, that data used to “route” those packets is eliminated within 24 hours, and temporary identifiers are used that are constantly changing so that those IDs cannot be associated with specific clients.

Another concern is how much of the bandwidth of our WiFi connection is used for this service. We don’t really have to worry about that, as a maximum of 80 kbps is barely used (a conventional fiber line usually exceeds 100 MBps). Also, the maximum data capacity that Amazon supports is 500MB per month, and it is very likely that this figure will never be reached because the data packets used are really small.

This is not a Fon 2.0, it is an auxiliary network for IoT devices

It is important to clarify that Sidewalk is not a large community WiFi network : we will not be able to connect to our neighbors’ routers and WiFi access points due to having Sidewalk activated: only those devices will be able to take advantage of those connections if ours fail.There was a time when Fon wanted to save us from a world with no nearby WiFi connections.

The difference is clear with services like the one that Fon promoted years ago or that also some operators such as Telecable launched in Spain with Wifisfera , which created that large WiFi network with its customers’ routers, something that caused many complaints. There were many other examples of this type of service, and in all of them the scope ended up being limited.

As in the case of Amazon, Telecable activated the service in an ‘opt-out’ format , that is, it was the user who voluntarily and actively had to disable the option, which was enabled by default. However, Amazon’s service has a different orientation, much more aimed at keeping the connection active in a network of IoT devices such as its speakers, screens or smart cameras.

There are a lot of devices, yes, that will be part of Sidewalk and that thanks to the firmware updates will automatically become part of those networks if we have one of them. The list – Eero routers do not have that option, curious – is the following:

The service has no extra cost, and when Amazon definitively activates the service, users will see a special screen in the Alexa application that will explain how Sidewalk works.

It will be then when the service can be deactivated , which we can also deactivate later in the configuration of that application.

The protest among many is common: instead of activating Sidewalk by default, Amazon perhaps should have introduced it as a deactivated option that users could later enable if they wanted. The complaint is already noticeable in various forums such, where the news, which explains how to disable it, has generated more than 3,000 comments and 66,000 positive votes.

The service, we insist, will enter into operation for the moment only in the United States , although in the last few days users from the United Kingdom received emails in which it seemed that the service would also become operational there. Amazon apologized for the error, reiterating that emails had been sent to some users in the US, where the service will be activated soon, and there was confusion with some users in the UK.