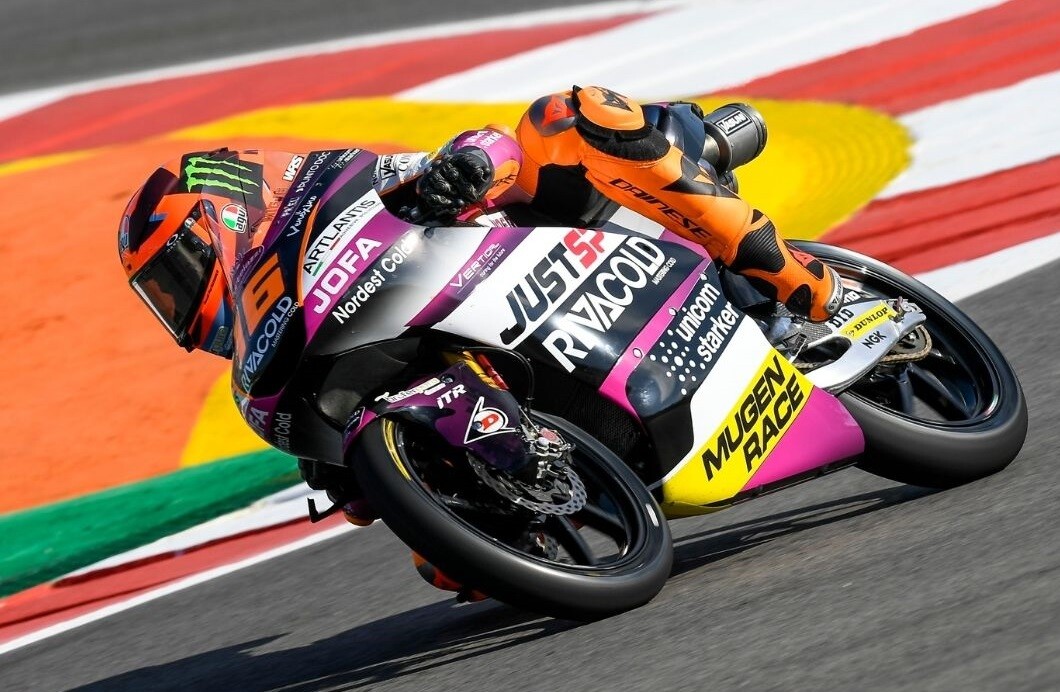 Andrea Migno will start from pole position in the Moto3 Portuguese Grand Prix . The Italian rider set a time of 1: 47.423 improving himself, who already had the time that gave him pole position. Migno has been very strong all weekend, so he could perfectly choose to take the victory.

Dennis Foggia has gotten behind, one of the favorites for this season who intends to recover the terrible performances he had in Losail. Two Italians in the first two positions, and completing the first row will be the Spanish Sergio García Dols , who has also had a very good pace all weekend.

Actually the third fastest time was made by Jeremy Alcoba, but Gresini’s pupil drags a penalty from Losail and both he and John McPhee will have to start from the pits. The Scotsman will do it with ten seconds of delay and Alcoba with five. McPhee had finished seventh in today’s standings.

As for the world leader, a very discreet classification for him. Pedro Acosta will start tenth, and that thanks to the fact that he wins the two positions of those sanctioned . The official KTM riders are not so good in Portimao, and it shows that Jaume Masià finished just ahead of Acosta. It will come out ninth.

Once again, the Moto3 riders waited until the last minute to go out on the track, but this time the accounts came to almost everyone and they were able to start the lap. Of course, not all of them finished it. The peloton was so large that Gabriel Rodrigo and Filip Salac touched, both ending up on the ground .

Even so, very few could improve Rodrigo, so he will start fourth and keep his chances of victory intact. It opens a second row in which Darryn Binder and Deniz Öncü will also be . The South African, another of the coconuts in the category, will finally seek the first victory of the season after being twice at the gates.

Good qualifying for Xavi Artigas , who had some disastrous races at Losail but is recovering sensations. He will start seventh, with all the options to get back on a podium that he already savored in Valencia two years ago. Ayumu Sasaki, along with Masià, accompany him on the third row of the grid.

Speaking of rookies, it should be noted that Izan Guevarra and Adrián Fernández slipped into Q2 . They will start thirteenth and fourteenth, but they are one more example of the good state of the Spanish quarry. The one who could not pass was Kaito Toba, who fell during Q1 ruining his entire classification.

Marc Márquez’s tears after finishing seventh on his return to MotoGP: “When I entered the box I collapsed”