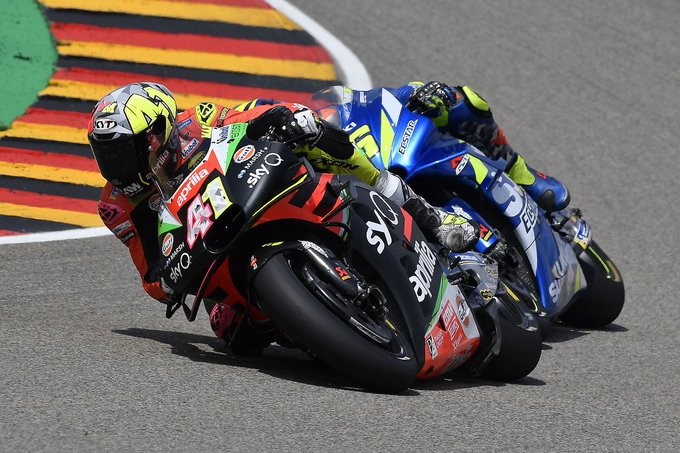 Things are not going well for Aprilia in MotoGP . The Italian brand returned to the premier category in 2015 and reached its ceiling the following season, but since then they are in free fall and have been displaced to the last position within the brand championship. A situation that Aprilia wants to change immediately.

That is why the technical director of the brand, Romano Albesiano, has assured that they are looking for ” the revolution instead of the evolution ” in the face of the RS-GP that they will put on track in 2020. A motorcycle that they will begin to develop from the same race of Brno testing the first pieces that already have lists.

Aprilia reached in 2016, with Stefan Bradl and Álvaro Bautista as pilots, the 101 points in the brand championship, a figure that not only has not reached again but has been declining. In 2017 Aprilia stayed at 64 points and in 2018 they only reached 59 . So far this season they are going for 45.

That is why in Aprilia they have got to work and Albesiano explains that “we are struggling with the distribution of the weight at the entrance to the curve and with the electronic components when we turn.” In Aprilia, those two have been identified as their main weaknesses that should be improved by 2020.

So Aleix Espargaró and Andrea Iannone already have extra work in the face of the Grand Prix of the Czech Republic , which is celebrated next week. Both pilots will have to try two different chassis, a swingarm and some other new piece, according to the words of Albesiano himself. Some of these developments have already been tested by Bradley Smith.

“We think carefully about what it takes to be more competitive: more power, better weight distribution … If you then develop the ideas, it is clear that a major change is needed,” Albesiano commented on the new RS-GP with which They intend to compete again in 2020 .

Aprilia has been the last in all MotoGP World Championships since 2015 , even being surpassed by KTM, who entered the category two years later. In fact, after the third place of Pol Espargaró in Valencia last season, Aprilia is already the only brand that has not made any podium in this era of the current grid.

Finally, Albesiano wanted to slap Andrea Iannone in support, who is not having an easy adaptation to the team: “We will continue to develop electronics, because we have many good ideas on how to better handle torque and traction. The contribution of Andrea Iannone in this area it’s very important . “

The DAZN crisis: MotoGP’s audience has dropped 75% and the company loses 5 million euros per month