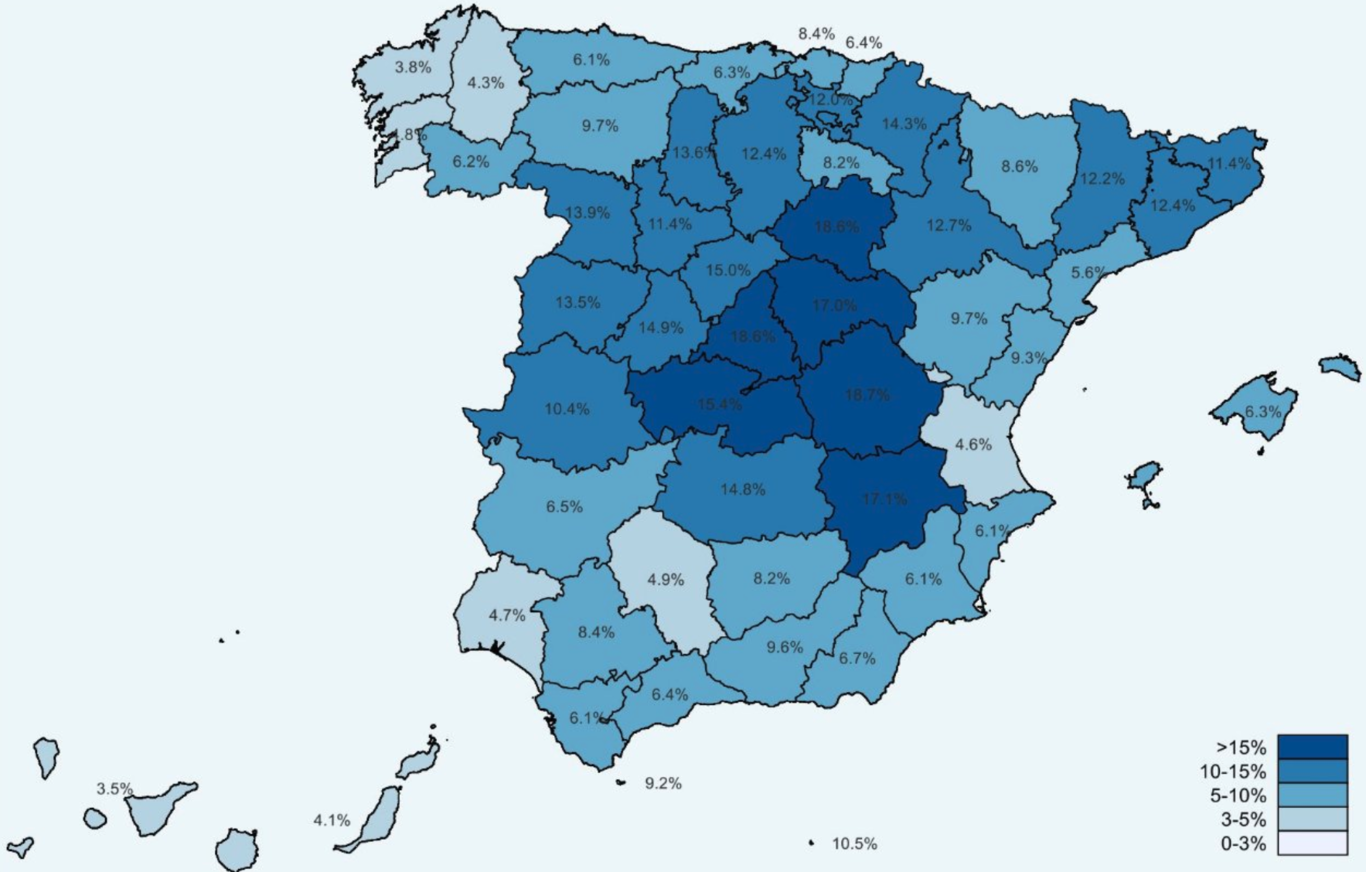 Officially, more than 1,700,000 positive cases of COVID-19 have been detected in Spain . Those are the official figures of the Ministry of Health and, nevertheless, they are a small part of the actual infected that Spain has had. Today, the fourth wave of the seroprevalence study of the Carlos III Health Institute reaffirms it: according to the survey, 9.9% of the Spanish population has already had the virus.

That is, about 4.7 million people. Double than five months ago . With data from the second half of November, when this fourth round of the study was carried out, the current prevalence (percentage of people who currently have IgG antibodies detectable with the rapid test) stands at 7.1%. The cumulative prevalence (that is, counting those infected who no longer have antibodies) amounts to 9.9%.How does the Seroprevalence Study work? The study uses antibody tests to study the scope of the pandemic. When the study was designed, the available evidence suggested that virtually all those infected with SARS-CoV-2 generated antibodies. This, with some nuances, is still accepted. However, the study does have a blind spot: people who became infected between one wave and another lost their antibodies. In this sense, the study figures should be understood as one more indicator (and not as a fixed estimate)

The communities with the most accumulated prevalence are Madrid, Castilla y León, Castilla-La Mancha, Navarra, Barcelona, ​​Lleida and Zaragoza. Among them , three provinces (Cuenca, Soria and Madrid) stand out, with an accumulated prevalence of over 18% . Very high figures, but still far from those that would be needed to achieve herd immunity (above 40% according to the director of the National Epidemiology Center of the Carlos III Health Institute, Marina Pollán).

The differences are not only geographical. If we bring the magnifying glass closer to the data, we see that there are certain groups with rates much higher than the average. “A high prevalence is observed in certain groups, such as health personnel , which reaches an accumulated global prevalence of almost 17% in the country as a whole.” Other groups with an outstanding prevalence are: caregivers of dependent people , with 16%; cleaners, touching 14%; and workers in social and health establishments, around 13%.

Surely the most worrying data is that, as Marina Pollán said, they have “found a rate of possible active covid cases of 3.2% in the country as a whole that is much higher than the one we determined in round 3 (carried out in the month June) which stood at 1.1% “. Something that by expected does not stop certifying that the virus is still very, very alive.