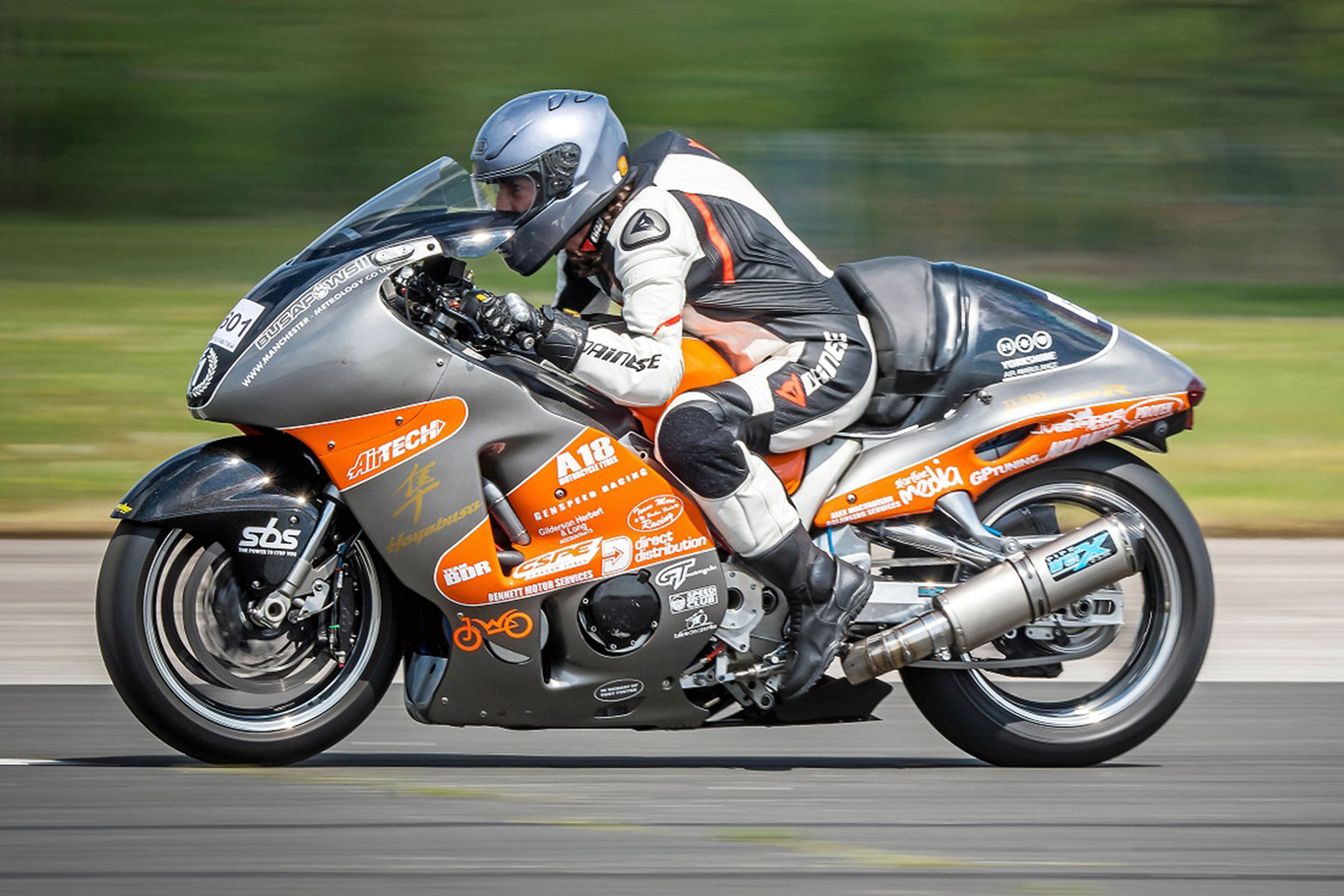 At the end of 2018, many regretted the exit of the Suzuki GSX-R1300 Hayabusa , a motorcycle that Euro4 regulations put an end to and an authentic icon of serial production sports bikes that may return in the near future, with the necessary twist that makes its approval possible.

In fact there are some Suzuki patents that have given hope of this happening but in the meantime little more can be done than resorting to the second-hand market. In this case we talk about a very special unit, which far exceeds the benefits that this factory motorcycle had and with which Becci Ellis rolled at 425 km / h , becoming the fastest woman in the world on the back of a motorcycle.

At the end of the 20th century and the beginning of the 21st, the obsession with having the fastest series motorcycle in the world led manufacturers to create machines such as the Honda CBR1100XX, the Kawasaki ZZR1400 or Suzuki Hayabusa itself , whose latest model was the so-called GSX- R1300, which went on sale in 2013 and remained in dealerships for just over two years.

In fact, in the year 2000 an agreement was established between the main motorcycle brands in Europe to electronically limit these vehicles to 300 km / h, because of the danger they were in inexperienced hands and because they were beginning to be criticized by different groups .

Perhaps that was what led to the preparation of units such as this one that has been put up for sale, a creation of BDR Performance engineer Mick Ellis, who provided the motorcycle with everything necessary to yield more than 660 hp , compared to The 197 series homologation of the 1340 cc Gen 1 propeller, which remains the heart of this unit.

This four-cylinder liquid cooling engine has the help of a Garrett GT35 turbocharger and some 1000cc Bosch signed injectors that are in charge of feeding the mixture with the 119 octane gasoline used by this motorcycle. And they are just some of the changes that have benefited from this piece that has now been put on sale by its owner, Mick Ellis himself.

Gone is the memory of the motorcycle speed record that his wife Becci Ellis achieved in 2014, a feat estimated at 425 km / h that almost cost him his life in 2015 , while trying to break his own record. That year he lost control of the machine when the odometer marked about 409 km / h, which caused him to go to the grass and go through more than 400 meters before leaving the motorcycle’s farewell.

Luck made it only cost him little more than a broken ankle, some bruises on his body and that he fainted due to the fright and the blow received. His good fortune allowed him to live to tell it but it seems that the time has come to say goodbye to this Hayabusa. Its price, 34,262 euros , negotiable …