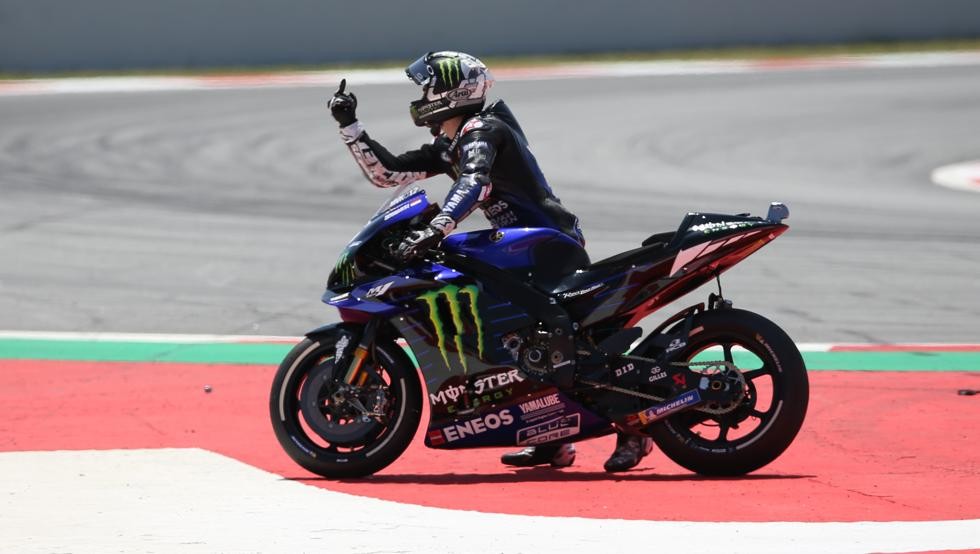 The accident that caused Jorge Lorenzo in the Grand Prix of Catalonia continues to generate much excitement . The Honda rider knocked out Andrea Dovizioso, Maverick Viñales and Valentino Rossi in turn 10 of the Barcelona circuit, which allowed Marc Márquez to escape solo to victory.

A very controversial incident after which Jorge Lorenzo apologized for “having smashed the weekend of three pilots, I would rather have fallen by myself”, besides explaining that curve 10 is an unnatural funnel for motorcycles. However, those affected by their strike have not taken the same apologies .

The most belligerent has been Maverick Viñales, who was already penalized on Saturday for bothering Quartararo in the standings. For the Yamaha rider, “Race Management here would have to do something a bit harsh since we want to give the Moto3 riders a certain image”. Viñales has suggested that Lorenzo should leave last in Assen .

More diplomatic has been his teammate Valentino Rossi, who understands that ” Lorenzo is at a difficult moment with the Honda, so he chose the soft rubber bands in front and behind, he pushed very hard and he looked up after a long time. they pass, whatever the Race Direction decides, I will understand. “

Perhaps Rossi saw himself reflected in Jorge Lorenzo’s action, as the Italian also had a similar incident at Jerez 2011 when he was suffering with the Ducati and threw Casey Stoner. In what he has thrown a cloak Rossi to his former partner is in the criticism of the curve 10 : “It seems the parking lot of a supermarket, I’ve been fighting for years so that you do not make that curve.””He was on the line, those who were outside the line were the others”, Marc Márquez.

Also Andrea Dovizioso, perhaps the most affected because he loses many optionsin the World Cup, has asked Jorge Lorenzo to be penalized. The Ducati leader understands that “Jorge’s mistake is not crazy , but coming from him, in that corner, in the second round, it’s because he was not lucid enough, I think he should be penalized”.

However, Race Management has not agreed with Viñales or Dovizioso , and has decided to go over Jorge Lorenzo’s strike without penalty. Curiously, another incident on the same curve, that of Bradley Smith and Aleix Espargaró , has resulted in three penalty positions for the Briton. Also the strike of Can Oncu in Moto3 has been punished.

Interestingly, Lorenzo’s great support in the post-race has been his teammate and great beneficiary of the action, Marc Márquez. The World Cup leader believes that “he was on the line, those who were outside the line were the others” . That is why Márquez understands that the action “I do not think it is worthy of sanction”.