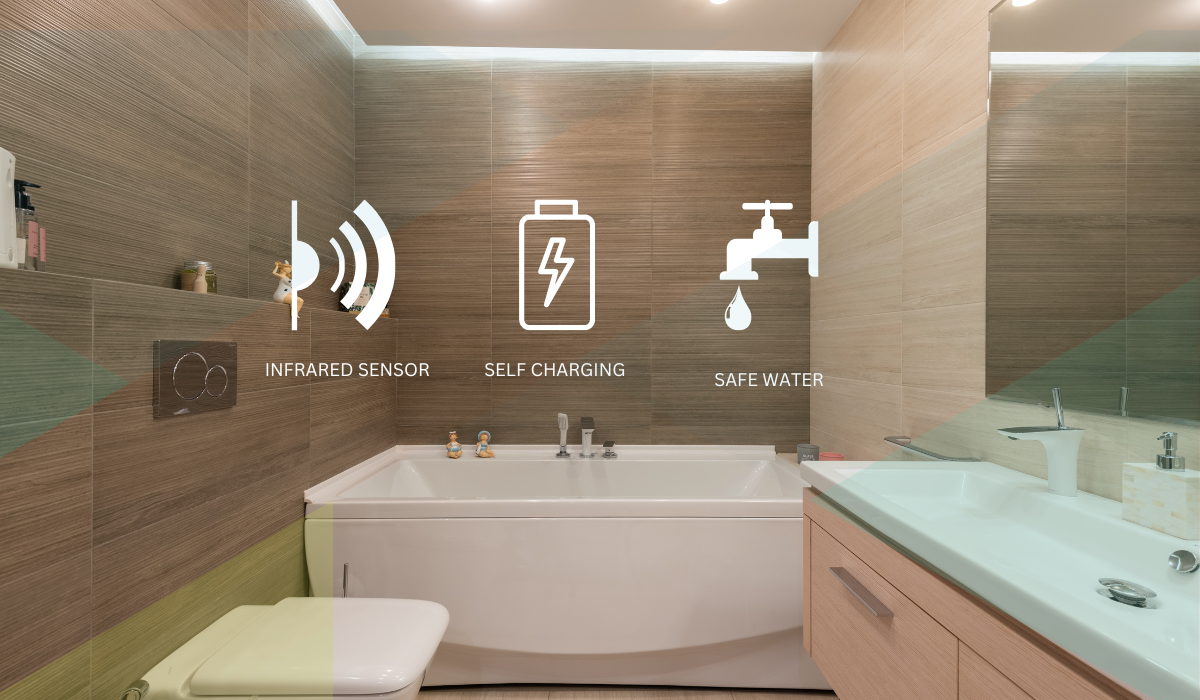 When showering, the ideal is to use the water only to get wet, then rinse the soap and shampoo, and turn off the tap in the meantime. If some manage to adopt these gestures, this is not the case for all. This is why the start-up Oasense created Reva, which cuts off the water automatically and is very easy to install on any standard shower column.

A showerhead full of sensors
To operate, Reva does not use a camera and is not connected to the Internet. The device contains sensors infrared which detects if someone is directly under the shower. It is powered by a turbine which produces electricity through the passage of water and charges a battery. When turning on the shower, the device lets the water pass at maximum flow until the temperature has stabilized, and then it reduces the flow to 15% while waiting to detect someone. It then automatically switches between 100% to 15% flow each time the user steps back slightly to lather up.

The device is different in order to adapt to the very variable conditions of the installations and not to be disturbed by the steam. It automatically calibrates itself each time the shower is turned on. According to the manufacturer, this shower head saves more than 50% water, which will also have an impact on the electricity bill. Reva is currently on sale online, at a price of 350 dollars and 68 dollars or around 422 euros.

How AI help everyone to reduce cost with maximum profit

Drones on the construction site