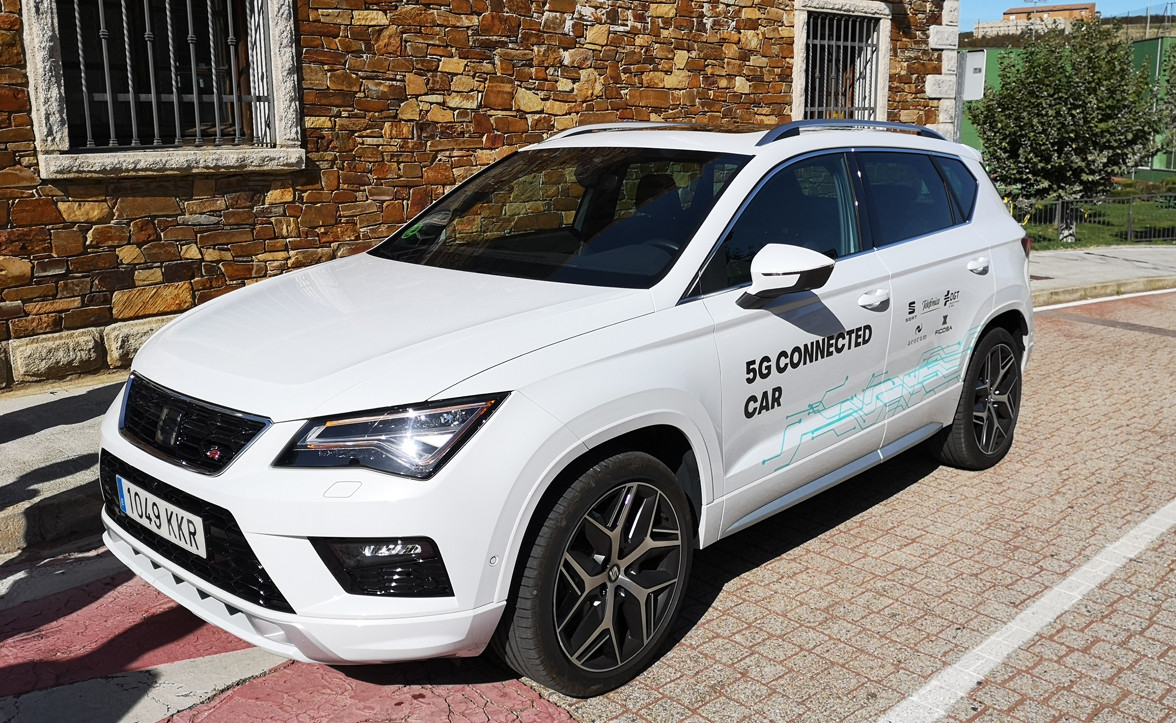 After showing some use cases of the 5G applied to road safety during the last Mobile World Congress , Telefonica, SEAT presented in September by IoT system ( Internet of Things ) to warn the driver of the risks on the road to prevent possible accidents.

This system, which consists of four components with a drone and a connected car as protagonists, seeks to increase safety on the road , both for drivers and for other people who are on it. Now, finally, we have been able to see how it works in two different use cases.

At the moment, cyclists and parked vehicles

The objective of this IoT system developed by Telefónica and SEAT is “to give the driver a sixth sense,” says César de Marco, Head of the SEAT 5G “Connected Car” Project. In other words, the idea is to provide you with predictive information so that you can anticipate risks and avoid a possible accident by making the appropriate decisions. To do this, the system uses four elements:

The two use cases in which the system has been tested have been, on the one hand, the presence of a cyclist rolling on the same road, and on the other hand, the existence of a car stopped on the road due to failure or other type of incident. However, Luis Simón Gómez, Head of New IoT Business at Telefónica, has assured us that there is the possibility of “training” the system to also detect pedestrians, animals or landslides in the future.

The place chosen for the test was a road close to the town of Robledillo de la Jara in Madrid, since, according to the DGT, 70% of accidents involving a cyclist are concentrated on conventional roads of this type, that is, one-way, without shoulders and with curves that make visibility difficult.The system detects the presence of a cyclist rolling on the same road and the existence of a car stopped on the road due to a breakdown or other type of incident

Regarding the decision to use a drone, Rubén López, Head of the DGT’s Aerial Media Unit, explains that drones are the perfect complement for areas where a helicopter cannot reach . In any case, Luis Simón Gómez already tells us that the idea of ​​this type of IoT system is that it can be installed anywhere: “Here we have a mobile camera installed on a drone”, he says, “but we could also have a fixed camera installed at a traffic light. “

Acoustic and visual warning with room for maneuver

Basically, the road risk prevention IoT system works as follows: the drone’s camera captures images of what is happening on the road and this, thanks to a SIM card, sends them in real time to the Telefónica server or MEC through the operator’s mobile network.