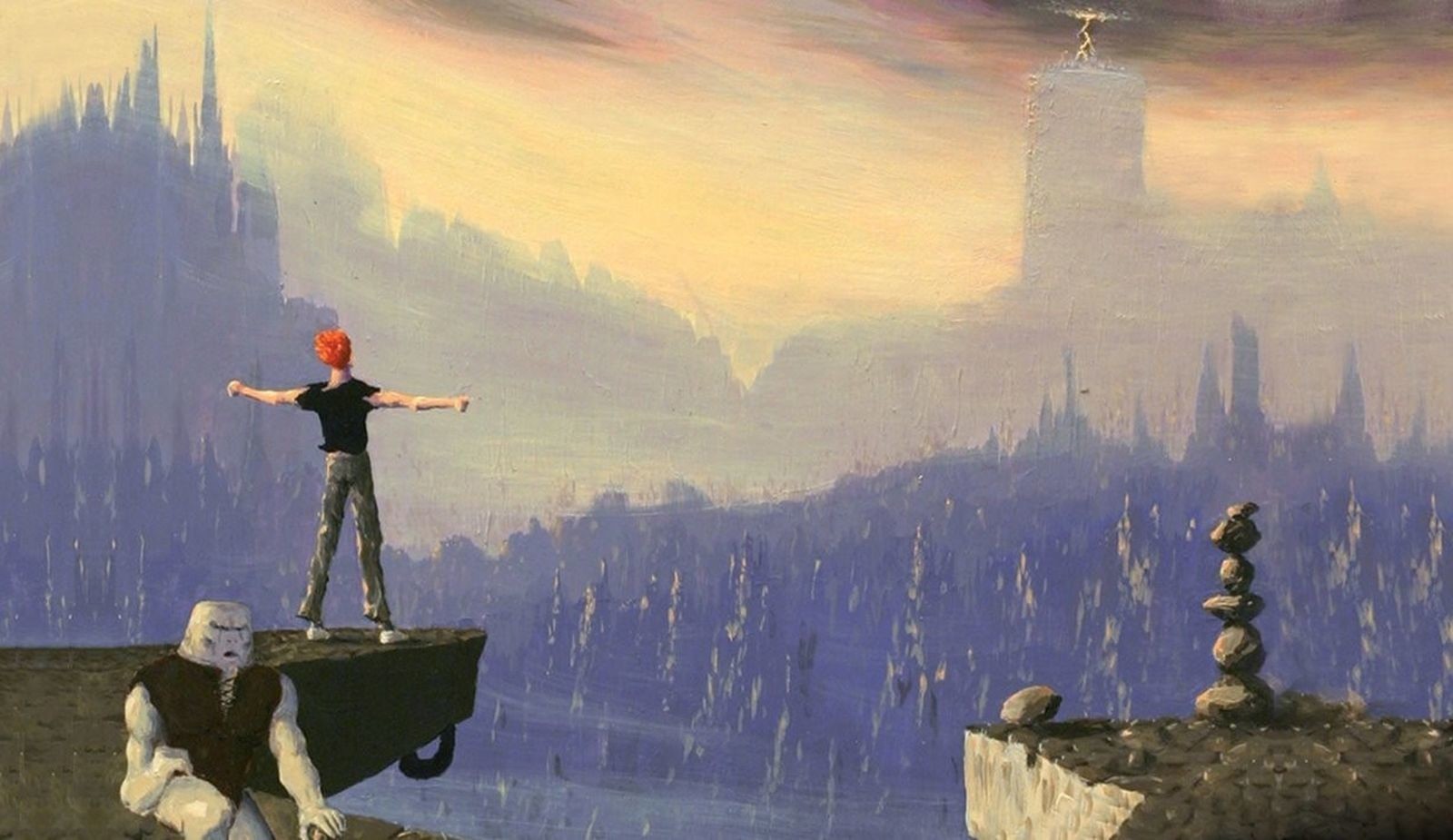 The MS-DOS stage between the 80s and the 90s left us hundreds of classics for PC , some with a legacy still in force today, such as ‘DOOM’ or ‘Wolfenstein’ , to name a couple of powerful examples that have been renewed in a big way without denying its origins.

What we did not imagine at that time is that touch devices (mobile phones and tablets) became an alternative to play video games, both classic and new (even with exclusives in this sector!). And precisely we will now list the most recommended MS-DOS classics that can be found in Android .

Although we already anticipate it, there are still notable absences, unless we throw tools like ScummVM to enjoy the adventures of LucasArts. And let’s not say the unofficial clones …

The Crack Dot Com studio , where one of its members was former id Software Dave Taylor, was a seen and unseen, since it was founded in 1994, launched ‘Abuse’ in 1996 and ended up closing in 1998 , having to cancel the development of ‘Golgotha’ . But at least he left for posterity a most frenetic action game that, after passing through the computers of the time (yes, Mac and Amiga), made the leap to mobile phones in the 21st century.

It is not as comfortable with touch control (even less with that interface on the screen), but it is a beautiful tribute to a title that tends to be unjustly forgotten. By the way, to activate the God mode you have to do a survey within the app itself . How much things have changed …

And no, you are not the only ones who think of Predator when they see your cover .

‘Another World’ does not need any presentation, especially considering that even the prestigious MoMA has included it within the artistic heritage of video games . A title ahead of its time created by the French designer and developer Éric Chahi and one of the first and great examples that are often given of the technique of rotoscoping , with permission of ‘Prince of Persia’ by Brøderbund, released two years earlier.

‘Another World’ has been on since almost any known system and on the occasion of its past 20th anniversary received a small facelift through DotEmu , version that is precisely the one that also reached mobile devices and that is a delight to see and play … considering how it feels to return to this demanding classic of 1991, very trial and error, but reminiscent of its hostile universe.

Impossible not to think about a beat ’em up and that one of the first ones mentioned is not the ‘ Double Dragon ‘ saga of Technōs Japan. After all, he was one of those who popularized this genre of “me versus the neighborhood”. And there are many who remember that in the end you had to get involved in cakes with the other brother (in a two-player game) to keep the girl.

This 1987 classic is accompanied by its sequels ‘Double Dragon II: The Revenge’ and ‘Double Dragon 3: The Rosetta Stone’ within this trilogy edited by DotEmu. Its interface, in this case, is quite visual, by slightly simulating the appearance of its recreational buttons.

‘Commando’ , the first installment of the saga ‘Wolf of the Battlefield’ , is a classic from Capcom in the mid-eighties that has endured the pull better than it seems, although it is not so difficult.

Its control has been optimized for mobile devices and has two different game modes: Classic (the original) and Casual (more affordable).

Another very popular graphic adventure in the early nineties was this ‘Gabriel Knight: Sins of Fathers’ by Sierra Entertainment, the beginning of a trilogy that lasted until 1999. In 2014 its own screenwriter and designer, Jane Jensen surprised us, along with Phoenix Online Studios, with the publication of the remake of this classic with 3D graphics and more puzzles.

In touch devices their own creators recommend playing it on tablets to be optimized for them, instead of opting for mobile phones.

Capcom’s classic par excellence and a great example of how difficult video games can be . ‘Ghosts’ n Goblins’ does not usually miss any sarao as far as compilations or conversions are concerned, despite the fact that the Osaka company has not been able to release a new installment for many years.

Needless to say, if it was already complex at the time, the task of completing it is triggered by a tactile device. But if you feel brave, go ahead.

SEGA has turned a few years ago in rescuing several of its classics in mobile devices in charge of the SEGA Forever series . Logically, it could not miss ‘Golden Ax’ , one of its most remembered beat ’em up in the late nineties, giving way to a trilogy in home systems and more deliveries in other machines, such as the superb ‘ Golden Ax: The Revenge of Death Adder ‘ of recreational and its multiplayer for four.

Looking at it in perspective, that ‘Golden Ax’ of 1989 is somewhat more limited but retains all its charm and lets itself play on mobile devices. The good? That here also include ‘Golden Ax II’ and ‘Golden Ax III’ .

‘Karateka’ was the first work of Jordan Mechner ( creator of ‘Prince of Persia’ ) and has the honor of being one of the first fighting games. Released for Apple II in 1984 and later converted to several systems, including MS-DOS, it soon saw how the competition surpassed it (much remembered the ‘IK +’ of System 3 , in this sense), but as they say … the one who hits first, hits twice. And it will always be there.

Its adaptation to mobile devices has a peculiar touch sea interface, showing all the possible movements on the screen.

Being ‘Pac-man’ an icon of video games , it could not miss its presence in this mobile sector. And in the same way, ‘Ms. Pac-man ‘ , to overcome that classic of 1980. We do not believe that any of these comecocos need any presentation at this point, because it is still giving cane today renewing its formula, as in ‘ Pac-man 256 ‘ or ‘ Pac -man Championship Edition DX ‘ . Both, by the way, available on Android.

Those who seek the purity of those timeless works of the eighties (with some slight modern incentive to give it replayability) will see how it is still almost as much fun as it is now handled by touch control.

So far we have seen conversions or adaptations that respected the original works quite a bit, but if we broaden the scope there are four classic posts that also deserve a touch on Android:

What other classic MS-DOS or reboots would you recommend on Android?