The most sincere Marc Márquez: "I worry zero to be at peace with Valentino Rossi" 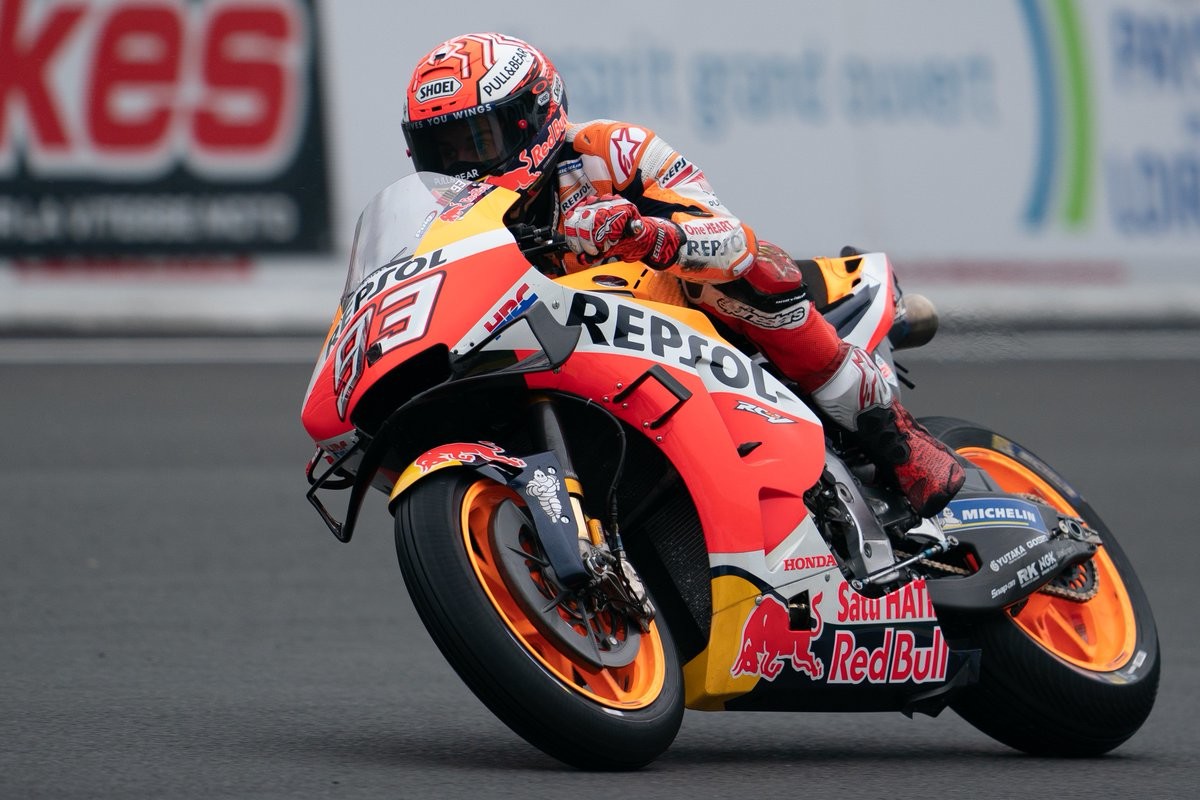 The relationship between the two motorcycle riders with the best track records of the 21st century is still the talk of the MotoGP paddock. Valentino Rossi and Marc Márquez seem to have given orders to stop their armies and have returned to maintain a cordial relationship, but now Márquez uncovers new statements about his archrival.

And it is that Márquez has confessed in a recent interview with La Vanguardia that “I worry zero to be at peace with Valentino Rossi” . The Spanish pilot says that at the beginning, when the good relationship between the two became enmity, “it cost me, the subject was big, with all the media resonance I had, but I learned a lot to go, to go to my roll” .

Márquez believes that Lorenzo will win races this year

Marc Márquez and Valentino Rossi maintained a good relationship of friendship , as the Spanish driver had always confessed his admiration for Rossi, until the final leg of the 2015 season arrived. Valentino Rossi was playing his tenth crown against Jorge Lorenzo, while Marc Márquez no longer had options.

After the Australian Grand Prix, Rossi accused Márquez of trying to get Lorenzo to win the World Cup, and in Malaysia the relationship was finally broken after a scuffle between the two in which Rossi ended up throwing Marquez to the ground with a kick . Since then, many more encounters until in Argentina, this year came the supposed peace.

However, Márquez does not hesitate to continue praising Valentino Rossi as a pilot and affirms that “what he is doing motivates me, and opens the doors to many riders, who see that with 40 years that can be done. championship with that age “. Valentino Rossi is now 23 points behind Marc Márquez, that is, less than one race.

All this unpleasant experience has led Márquez to think that ” in MotoGP there are no friends , the only friend I have and I will always have is my brother, the others, even if they like you, are rivals”. Precisely his brother, Álex Márquez, could make the jump to MotoGP next season at the hands of Ducati.

As for his new teammate and also former rival, Jorge Lorenzo, Marc Márquez believes that “he will win races this year” , and adds that “Jorge needs more time than me to adapt, but when he reaches the peak he is able to go faster and beyond its limit, he did it with the Ducati. “

On his expectations for the world present, which leads with an eight point advantage over Andrea Dovizioso, Márquez has also surprised by highlighting Álex Rins as his rival : “He is the big cap because he does not have a world title. its strong point, if it is first, it is the host, if it is second it is very good, third is very good, top 5 is very good … “.