The rebound in COVID cases is already here: the only question is whether the fourth wave is inevitable and how it will affect us if we cannot stop it – FindNow 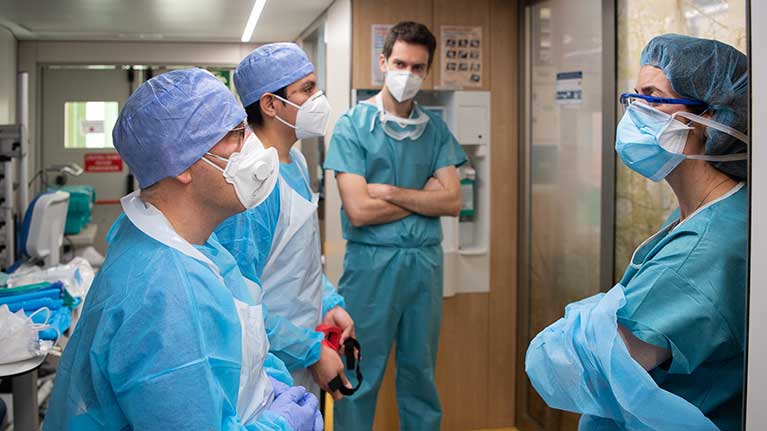 Spain is already experiencing a rebound in the pandemic that affects many autonomous communities. Carolina Darias herself, Minister of Health, recognized it on Sunday ; But it is also that it is not an isolated phenomenon but it comes after Germany announced a four-week partial confinement and France began to study a national closure . After all, as the WHO noted last week , Europe accounts for nearly half of the 2.8 million new coronavirus cases reported globally.

There is much to be said about the risk that Spain will enter a new wave of the pandemic, the fourth. However, before going into detail, it is worth looking at the epidemiological situation of the country in a graphical view . After all, a picture is often worth a thousand words.

In the following series of graphs, you can see the epidemiological trend of each of the 17 autonomous communities, Ceuta and Melilla. To simplify the data, we have used a three-color traffic light in which green symbolizes a decrease and / or stabilization of cases; amber, a slight rebound; and red, a severe rebound. As can be seen, four communities have a complicated situation; five more are heading for a similar situation and the rest endure. However, everything seems to indicate that the situation is getting worse at times.

Will a wave with vaccines be the same as a wave without vaccines? This is one of the central ideas that drive the rush to vaccinate: the conviction (endorsed by countries such as Israel or by highly controlled environments such as Spanish residences ) that vaccination can double the contagion curve ; it can bring down the pandemic.

Therefore, as the percentages of immunized people grow, the expectation that the “fourth wave” will be similar to the previous ones disappears. We have learned enough about the virus to know that we have tools to control the exponential growth of cases and, if the population at risk is protected, it is reasonable to think that the next wave will be something very different from the previous ones : there will be less hospital saturation, fewer deaths, less need for radical measures that paralyze the social and economic metabolism. Or so we hope.

The promise of true normality . Or what is similar, the end of the pandemic. Because, with all the doubts that remain on the table ( new variants , institutional problems or the economic crisis), the efficacy of vaccines has managed to draw a clear horizon for the end of the pandemic. It is true that, as the WHO said, in the world the end will be delayed (even three or four more years), but the uncertainties have been reduced to a practical question: how many waves will arrive before we are ready?

A rebound that perhaps comes too soon . Because let us remember that the ministry hopes to finish vaccinating those over 80 years of age ” in the coming weeks .” In other words, despite the relative optimism derived from the uneven progress of the vaccination campaign in the country, we have a good part of the population at risk that has not yet been vaccinated. And no, the millions of vaccines that we expect in the coming weeks do not seem to be able to close this waterway.

However, we are not sure how the pandemic is going to behave in a context of good temperatures that allows most of the daily activities to be carried out outdoors in a natural way. Although more than a year after SARS-CoV-2 broke into our lives we are not clear about what role seasonality plays , there are reasons to think that spring brings with it certain social practices that will act as a natural brake on the spread of the virus .

In short, once again we are faced with a rebound in cases without knowing very well what to expect and, perhaps worse, without knowing if we have learned what we need from all the previous waves.

The so-called “British strain” is turning Europe upside down