ThinkPad X1: the world’s first folding screen computer is from Lenovo, proving that this technology is not just for mobile – FindNow 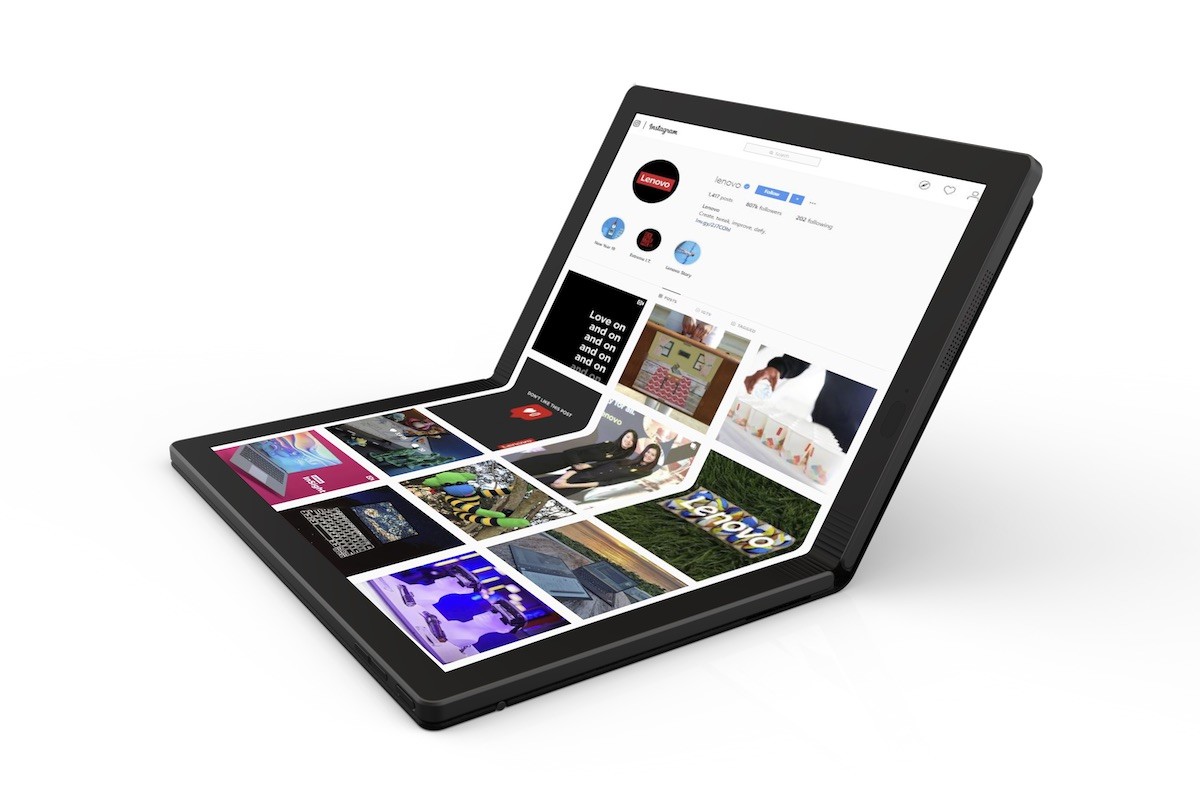 This nobody expected it, since most of the rumors are about smartphones that are transformed into tablets taking advantage of the technology and possibilities of a folding screen, you know, like the Galaxy Fold , and its problems , or the Huawei Mate X . Therefore, the Lenovo has some merit, since today there was nothing filtered, good, although the same company gave us a clue in 2017 .

Before getting excited, it should be noted that this ThinkPad X1 is just a preview , since the device will go on sale in 2020. For this reason, Lenovo just gave details that we will find in this laptop, since everything focused on its folding screen and its possibilities.

Presented during the ‘ Accelerate ‘ event in Florida, United States, Lenovo made the first demo of this ThinkPad X1, which will not only be a laptop, but also the start of a family of products that will have in common the folding screen .

In this case, the ThinkPad X1, which by the way is not its final name, has a 13-inch OLED screen manufactured by LG Display that offers a 2K resolution . It is an ‘Always Connected, Always On’ laptop, that is, it will always be on and connected, which will surprisingly have an Intel and Windows 10 processor, although details of the processor model and the Microsoft operating version were not given.

It will have support for Stylus and, according to Lenovo, is based on the folding technology developed by LG Display , the same that we met on your roll-up television . Thanks to this format, we can use it fully deployed to have a large screen; like a laptop, where the bottom part will be transformed into a keyboard and the top part will appear on the screen; or folded in half, to reduce its size and work on aspects that do not need a large screen.

According to Lenovo, it is not a smartphone or a tablet, nor a convertible, but “a folding PC that combines the productivity of the laptop with the portability of the smartphone . “

Before this announcement, some American media already had the opportunity to test this prototype of ThinkPad X1 and from them we collect some impressions that help us to understand what it is that Lenovo has done.

In the case of Engadget , they mention that the most surprising thing is that the crease zone was not perceived . In addition, the hinge was hidden on the outside thanks to a leather coating, which in fact is the material used throughout the outside. Thanks to this finish, Engadget affirms, that it feels like a Moleskine when it is closed.

According to The Verge , the screen doubles as Lenovo promises and does it very well. Windows works “well enough” although there are still some details to polish, such as improvements to the hardware.

Lenovo says that the ThinkPad X1 will go on sale in 2020 , and towards the end of this year or early next year we will know the rest of the details of this, its first computer with folding screen in the world.