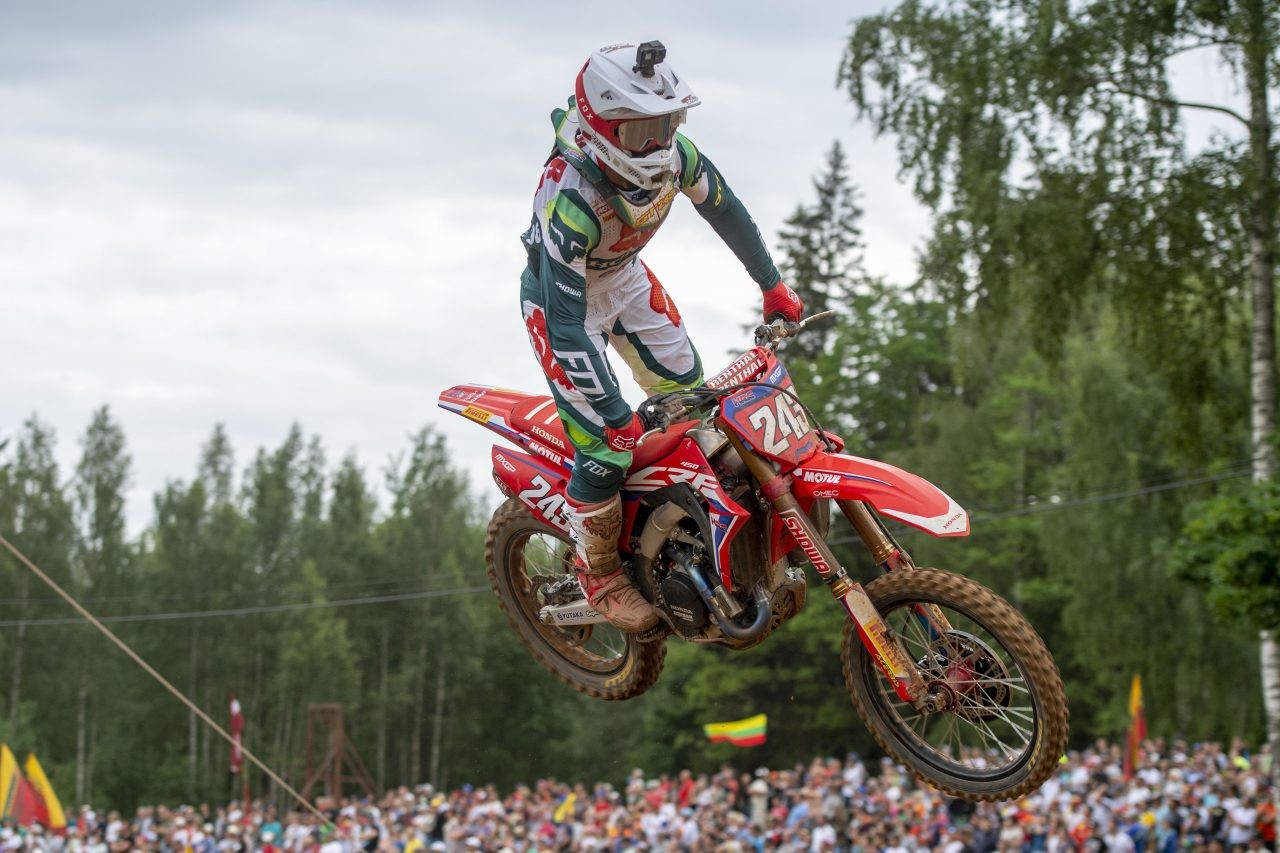 A rare weekend has left us the Motocross World Championship in Latvia. The legendary Kegums track has seen how up to three drivers have tied points after the two rounds in MXGP, deciding the result in favor of Tim Gajser who wins again to extend his lead in the overall standings.

In MX2 however there have been no surprises and it seems that Jorge Pradohas got the direct to go to his second title of MX2 world champion after a weekend in which he has once again added a double to his income.

Tim Gajser takes advantage of the misfortunes of Herlings and Cairoli

The Kegums arena saw how Jeffrey Herlings has suffered a new episode of champion bitterness. The Red Bull KTM Factory Racing driver went back to winning the race on Saturday but a fall in the warm-up on Sunday in which he was run over by Arminas Jasikonis, caused an ankle fracture on his recent and very complicated foot injury .

In the first round it was Herlings who took the holeshot before Antonio Cairoli snatched the first position. The two KTM were followed by the Yamaha of Arnaud Tonus and Romain Febvre, with Tim Gajser looking for his place in the fifth position.

Tonus proved to be in better shape and overtook the two KTM. Herlings reacted and passed his teammate by the second position and saw how his body allowed him to shoot, so he managed to close the space of 3 seconds that separated him from Tonus. Then it was unleashed a spectacular fight between the two that finally decided in favor of Herlings , with a top 5 composed of Tonus, Cairoli, Febvre and Seewer. Gajser finally finished sixth.

In the second heat it was Jeremy Seewer who started at first to command, pursued again by an impetuous Tonus and the faded Gajser. The one in this sleeve took Cairoli who in an ugly fall damaged his shoulder. It does not seem like a particularly serious injury but the Italian could not finish the weekend.

Meanwhile, Seewer held the lead while Tonus and Gajser fought for the second position, very close to the leader’s wheel. Gajser managed to get rid of Tonus and start pressing Seewer until on lap 12 he managed to overtake him to take the lead.

From behind, Febvre appeared to overtake Tonus and look for Seewer. In the end Gajser, Seewer and Febvre maintained an intense tug of war during the last lap where Gajser had to pull to the maximum to take the second victory of the weekend. Gajser, Febvre and Tonus tied at 40 points , which gave the victory to Honda thanks to the victory in the second set.

In the points table Tim Gajser holds the first position with 391 points , 33 more than Antonio Cairoli and no less than 135 points more than Jeremy Seewer, who has taken third place overall ahead of Clement Desalle.