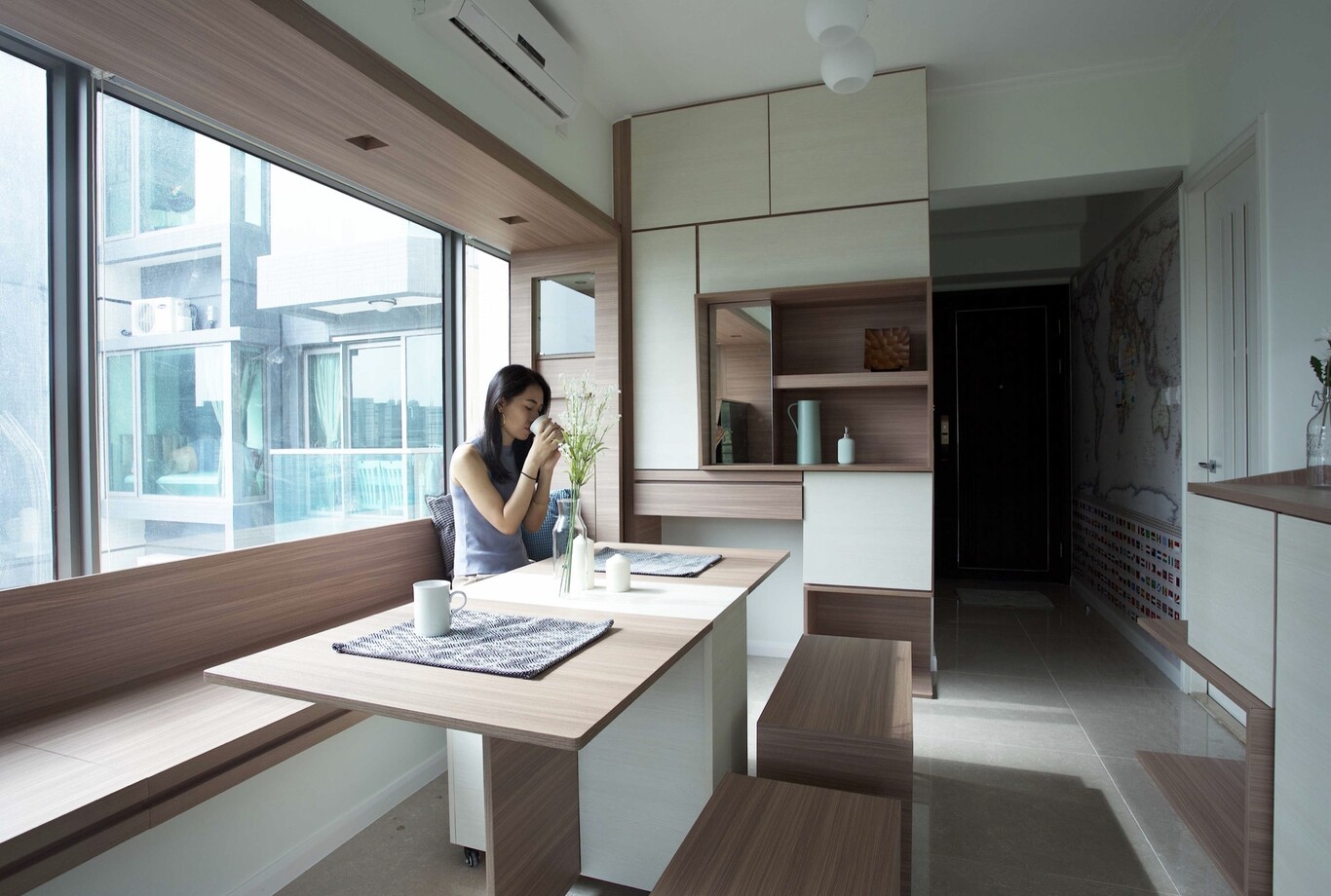 Living in large cities has its advantages, since it is where you can usually find the best jobs, schools, services, gastronomic and cultural offer, as well as tourist sites, among other things. However, this entails making sacrifices, such as having to live in minimal spaces under extremely high prices due to the high demand for housing.

This has become a challenge for both cities and people, who seek to have everything they need to live in flats that barely exceed 40 square meters. This is the case of Sim-Plex Design , an architecture studio that has precisely been given the task of adapting spaces and creating true “smart-apartments” full of technology and intelligent storage . Definitely a good alternative to Hong Kong concrete pipes .

The concept is known as Smart Zendo , and it was designed in Hong Kong for a couple who just moved from Taiwan. They have a son and because they both work, they need their grandmother to be at home looking after the little one, which means she often has to spend the night there. That is, four people in a 45 square meter flat with two bedrooms.

What Sim-Plex did was adapt the place so that it could be transformed from two to four rooms , in addition, smart elements and devices were added, as well as multipurpose zones and integrated space-saving furniture. According to its creators, all this is based on the traditional Chinese philosophies of Zen and Feng Shui.

First of all, everything was placed on a raised wooden platform, which has a modular system and several panels that allow you to store things or hide built-in furniture . This allows the living room to be transformed into a dining room, a games room, a cinema or an extra bedroom.

For example, in the living room a dining table is hidden within these panels, which has an automatic lifting system . The seats are hidden under the table, and inside this platform everything necessary to change the room according to needs is stored.

The televisions are built into the wall, there are sliding panels, and even a home automation system was adapted for lights, air conditioning or heating, automated curtain opening, electronic locks, remote control for household appliances, such as a fridge or oven. And everything can be controlled either by voice, by means of a universal remote or a mobile application.

Come on, it even has a screen that folds out of the window and serves as a projector on the ceiling , which transforms the living room into a movie theater. Of course there is also a kitchen, with its own space to eat, as well as a bathroom with shower and cabinets that take advantage of all the space on the walls.

Those responsible for this project seek to implement these ideas in more apartments, and even reach other cities where this idea could improve the conditions of the large number of apartments with small dimensions

As for the price, there is no official or standard figure , since this depends on the surface and the elements to be added, but its managers say that it is an investment that in the long run represents savings and a better quality of life .