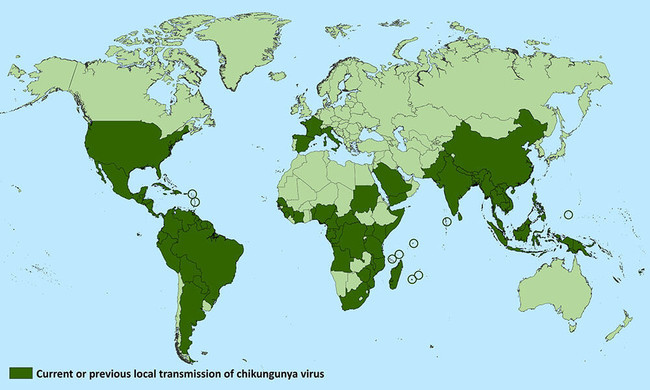 On June 1, a 37-year-old woman began to feel fever and severe joint pain. Seven days later and while her sister and her son were beginning to manifest similar symptoms, the tests confirmed that it was chikungunya . The three were Icelandic, but have just arrived from a few days the province of Alicante.

The alarms jumped. From Reykjavik to the Coordination Center for Health Alerts and Emergencies in Madrid and from there to the Valencian Community. If the Icelandic authorities are right, it would be the first autochthonous case of a tropical disease that has been around for many years. It is not a surprise, it is the chronicle of a disease more than announced . And now that?

The first thing is to keep calm. Yes, it is true that ‘chikunguña’ in the local Bantu language of Tanzania means ‘doubled man’. For pain, specifically. But, beyond the effect of the name, it is a viral disease that, although incapacitating and unpleasant, is not mortal .

It was first detected in Tanzania in 1972 , but it was around 2013 that it became known internationally when it made the jump to America. To the Caribbean, specifically. Although the disease can be asymptomatic, between 72% and 97% of those infected develop symptoms .

A picture that, in its early stages, closely resembles those of malaria or dengue. It starts as an intense fever that is followed by erythema and, subsequently, a series of very intense pains in the joints. That the symptom that characterizes it . Also present headache, fatigue, digestive problems or conjunctivitis, but it is more rare.

The fundamental problem is that to date there is no vaccine for chikungunya and the treatment of the disease focuses on alleviating the symptoms. Symptoms that become long: Beyond the acute period, the sequels such as joint stiffness can last for weeks, months and exceed the year.

What is it doing in Spain?

In Spain there is only one mosquito that can transmit the disease, it is the famous tiger mosquito. The Aedes albopictus was first identified in Spain in 2004 in San Cugat del Vallés and, since then, it has been expanding throughout the Mediterranean coast and many areas of the interior of the peninsula. That autochthonous infections can occur is bad news , but it is not reasonable to expect it to become an epidemic outbreak.

In the first place, because nothing makes us think that the conditions for a massive outbreak are given . “There may be more cases, but for a large outbreak you need a large amount of virus circulating and many people infected. These are not conditions that we have at the moment, “explained Ignacio López-Goñi, Professor of Microbiology at the University of Navarra.

And secondly because the sanitary systems and hygienic conditions in Spain are much better than those of most of the places where the outbreaks have exploded. For example, in the Dominican Republic in just under a year, officially registered 486,306 cases of chikungunya. 4.6% of the population . But the determining factor was that people did not believe that the disease was transmitted by a mosquito and measures could not be taken to limit its impact.

Tropical diseases are no longer tropical

In the graphs you can see: a) the number of outbreaks and diseases, b) the type of host, c) the type of pathogen and d) the form of transmission.

Given these data, perhaps the most important of the first native Chikungunya outbreak is the observation that with tropical change and globalization, tropical diseases have ceased to be so . This is one of the keys of the ” Era of Epidemics ” that is coming. An era before which the crisis and the cuts in this area left us quite exposed.

If the experts are right , in the coming years, we will see how more and more diseases arrive in the country and, as has always happened throughout history, change our way of life. It will not be a surprise, so it’s a good idea to be prepared .

Related Topics:componentsFeaturedGalleryhotmedicalnewsscienceupdatewelcome to a world in which tropical diseases are no longer tropical
Up Next