Realme 3 Pro, first impressions: getting to face a big one like Xiaomi is a complicated task – FindNow

Realme 3 Pro, first impressions: getting to face a big one like Xiaomi is a complicated task
Advertisement 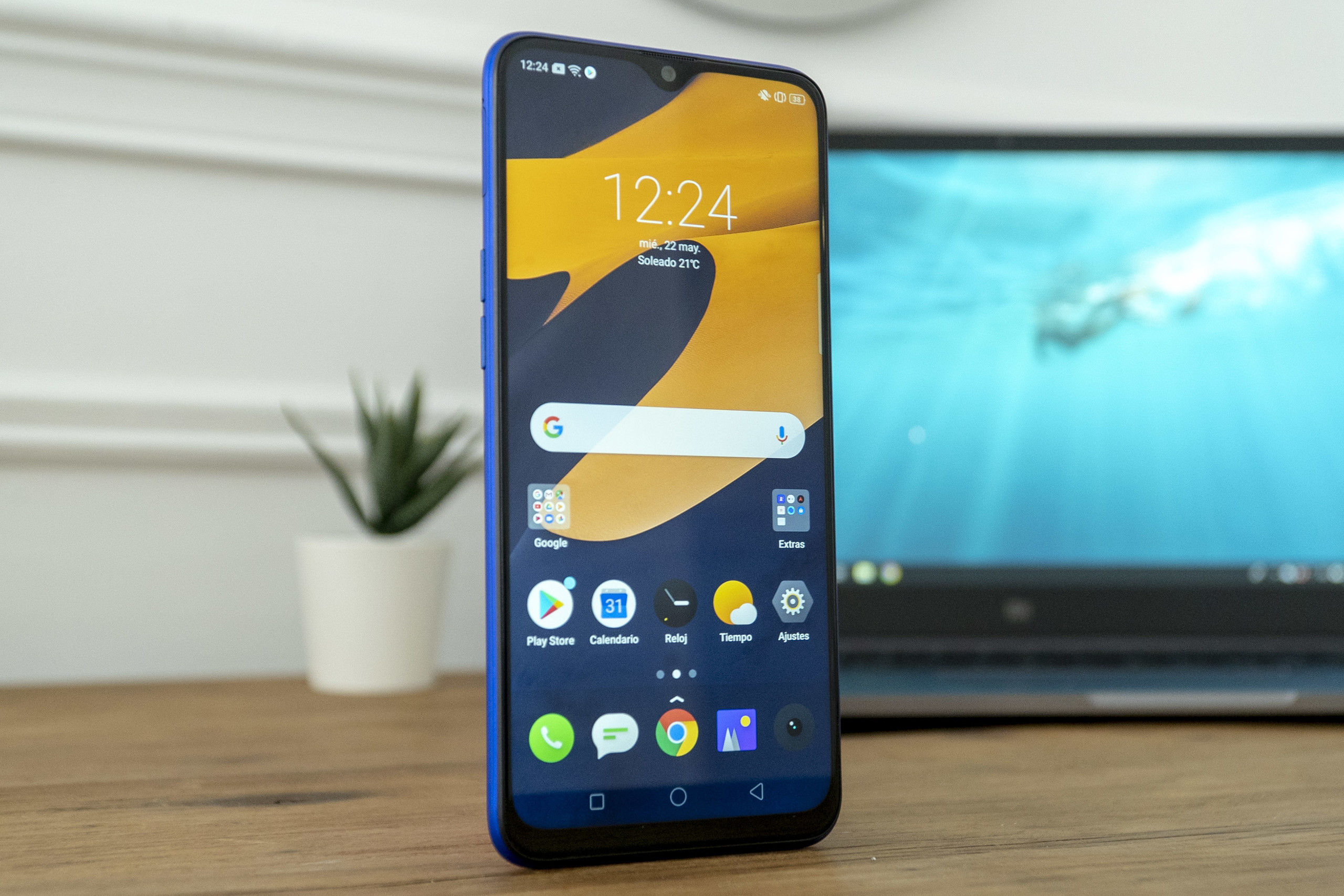 Realme arrives at the European market to fight hand to hand against companies of the caliber of Xiaomi, Huawei and Honor. And it does it with the topmost phone in its catalog, the Realme 3 Pro . A smartphone that bets on design, power and, most importantly, a fairly restrained price.

If you want to know all the tricks that this phone puts into play, keep reading because this smartphone is not satisfied with belonging to the mid-range, but aims to fight for the first place of what is perhaps the most complex range of the market.

Design that follows the trends of the moment

Already mentioned by our colleague Enrique in his article on Realme’s strategy : this company, born in the Oppo headquarters, focuses on betting on a young audience that, among other things, values ​​the design very much when buying a new smartphone

With this Realme 3 Pro, they seek to follow current trends such as the gradient of the back (which started Huawei with the P20 Pro), the infinite screen with the drop-shaped notch and other aspects that I will describe in the next lines.This gradient follows trends but, fortunately, provides details that differentiate it

Starting from the back, as I mentioned, we have the known gradient from blue to purple with a second model that turns from black to purple. A gradient that enhances the design of a phone that, despite being made of plastic, has a clean rear element, elegant and finished with curved edges that convey a good feeling in hand.

On the back, we can see the name of Realme at the bottom. If we turn our gaze upward, centered on the upper part, we find the fingerprint reader. A reader that also works fast enough. On the side is located the module of the rear dual camera , next to the LED flash.

If we rotate the device, we reach the front, where a IPS screen of 6.3 “and FullHD + resolution , with notch in the shape of a drop stand out, a panel that has not surprised us too much in terms of specifications but to which, taking into account account that we are talking about a phone € 199 in its most basic version, we can not demand better features.

According to our first impressions, and although we will deepen more and try more thoroughly for our analysis, the sensation with the Realme 3 Pro screen is correct. The brightness, contrast, panel tone and sharpness are at a good level .

With the rest of the elements placed in the usual distribution, we find a detail that strikes us at the bottom of this Realme. It is not that it includes an audio jack , or that it is not centered but moved a few millimeters downwards. What strikes us is that, instead of opting for the already standardized USB-C, use the old well-known microUSB and, in addition, this has fast VOOC 3.0 load. A technology that promises to charge 100% of the 4045mAh in 80 minutes .A phone that offers what is required, high-end appearance adapted to the mid-range. Although there are details that can be improved

Of course, there are details that can be improved in this Realme 3 Pro. Something that does not finish pleasing us, and that we see in other phones of this same range, is the finish of the side of the screen. In the back, the edge that covers the entire side of the phone is perfectly attached to it, while the front is separated by a few millimeters.

It is not something dramatic but, for the most meticulous, it will be a detail that draws attention negatively and that will worsen experience with the telephone.

The balance between hardware and software

A detail that we miss when we move through the menus are the gestures. The Realme 3 Pro is on Android 9 under the Oppo customization layer, ColorOS (version 6.0) . A layer that, like MIUI of Xiaomi or EMUI of Huawei, comes loaded with personalization and own adjustments that may not be liked by all users.

Despite this overload of options, we have to say that the navigation through the system is quite fluid and, in the test time we had, we did not find any type of lag or closures. And, although we miss details such as gestures, we find other functions that we like, such as the facial recognition system(which in our test scenario, was performed quite quickly and without failures) and the gaming app that Realme has named “Game space” (on entering allows us to adjust certain details of performance, notifications and energy consumption). A plus that is appreciated in this range of smartphones.

In addition, we can see a small side menu on the home screen that reminds us a lot of the “EDGE” menu of Samsung phones. A menu of “shortcuts” to perform actions and enter apps quickly with a single swipewith your thumb.But of course, much of the “fault” of fluency is a hardware well selected by the manufacturer

Realme have wanted to put all the meat on the grill and, while other manufacturers offer processors of a lower range, they have wanted to go a step ahead. We are facing a set of components that leads the Snapdragon 710, along with 6GB of RAM and 128GB of storage .

In other options of the competition in this range we see a clear tendency to use the range of Qualcomm 600. Realme goes further and bets on the 710 model. This, together with the specifications that it fulfills, improves the experience and extends the useful life of the product.

The photographic section does not surprise, nor does it leave indifferent

Regarding the photographic section, the sensation that transmits us is that of an old acquaintance: Realme has opted for a double main camera of 16 MP + 5 MP , which implements options that we sound from other manufacturers such as Dual Pixel technology, night mode and artificial intelligence for the recognition of scenes.

The camera application is quite simple and shows an interface in which we can move between the photo, video or portrait options by sliding from one side to the other, with the possibility of having relatively easy access to the rest of the options in the menu of sandwich on the left. The only adjustment that we find something uncomfortable to access is the AI, because you have to go into the settings of this app to find it and it is not at first glance.

As for the results, if the lighting conditions accompany, we can obtain some photographs that have good detail (even if we make a macro photo), but we notice a small oversaturation in most results as well as a somewhat uncomfortable underexposure if the contrast between shadows and lights is high.

Where we do find good results, at least in these first tests, is in portrait mode. In the cut is quite successful despite the fact that the structure of the objects is somewhat complex.

At the moment, we have not been able to thoroughly test details such as night mode and video recording (especially the way to record at 960fps) and we will have to wait until the review to evaluate them. However, the samples they showed us in their presentation have an incredible “look” but, as we say, we will have to wait.

Regarding the front camera , we have a single lens of 25 MP and f / 2.0 . A camera that includes the typical functions of beauty and enhancement that we see in other proposals, as well as including the popular portrait mode.

The results in these first tests show us quite contrasted images and with the same over saturation that we find in the main cameras, although the level of detail is not bad. As for the cut, it is not so successful but we will have to test it more thoroughly to see to what extent it has been a specific failure or is something that persists in the rest of the tests.

A good start for Realme

If we take into account that this is the first step of a brand like Realme, which enters the European market to deal with big ones like Xiaomi, the truth is that they come with force.

A phone that can compete face to face in the mid-range and exceeds in details as the processor to other opponents. It also offers power and fluidity accompanied by a great plus in the design section, thus addressing young audiences with its slogan “Proud tu be Young”.

This Realme could become one of the great options to take into account from 199 euros . The time and the opinions of users like those who are reading these words, will be able to say to what extent it will be able to climb this “new” company in one of the most competitive phone ranges in the market.