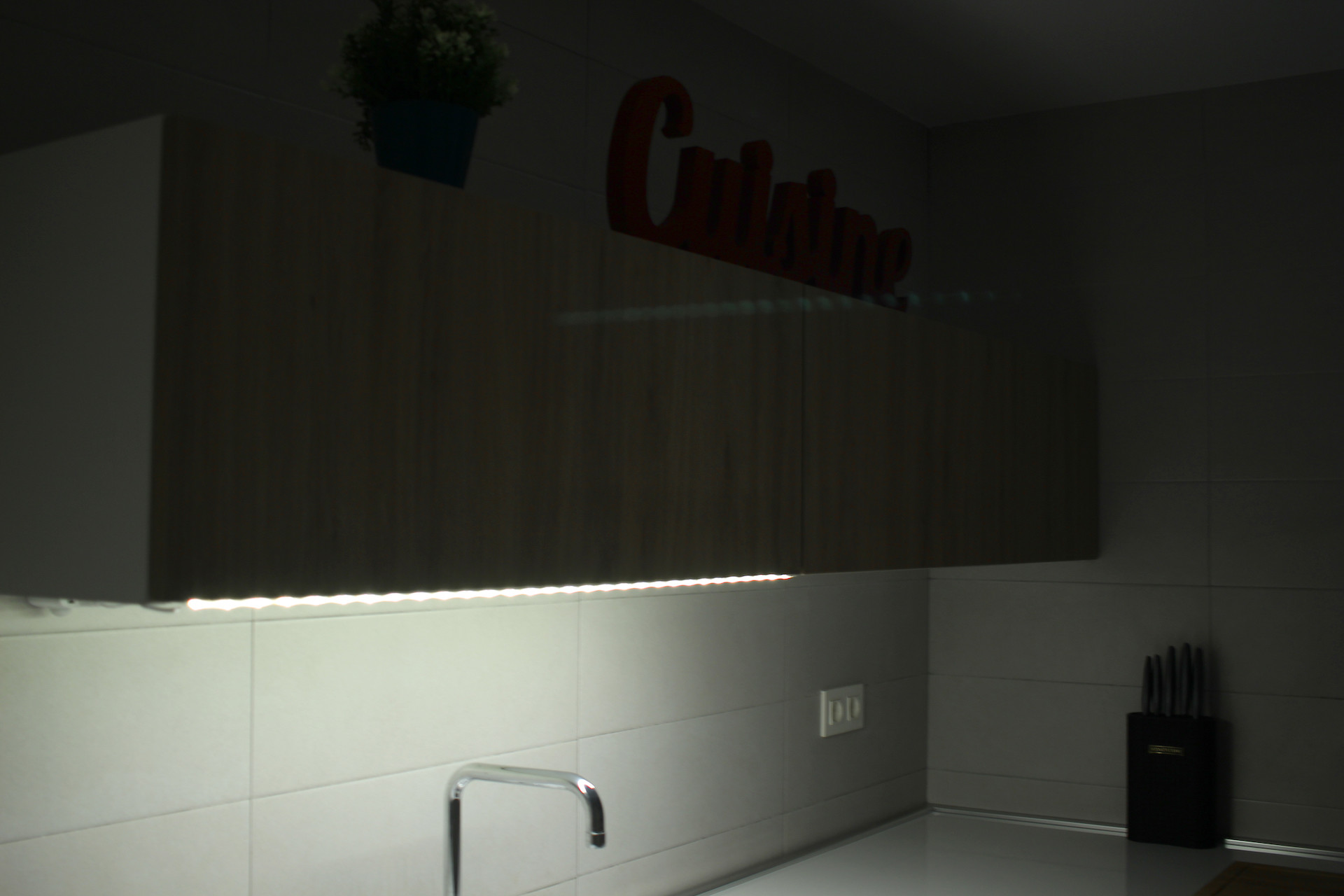 When a reform is made at home , many times and with the passage of time we realize small mistakes that we have made (and of which we end up learning) and that over time have a more or less complex solution. In my case I made a mistake or not (the pocket did not give for more), by not adding LED lighting to the kitchen furniture as well as other furniture in the house.

An option that can be carried out without major problem, but with installations that needed in my case to use gutters and to make holes in the wood, something to which I refused categorically so as not to break with the aesthetics of the kitchen. That’s why I opted for a rechargeable LED strip system that I found on Amazon and this was the process to install it and my usage experience.

According to the website, it offers a range of up to 3 weeks in automatic mode or between 3 and 4 continuous hours thanks to the built-in 1100 mAh lithium battery. In practice, these figures more or less are met. So it only remains to apply them in some area of ​​the house.

It has not been difficult to integrate the system in the kitchen furniture. Only the presence detector unit that is glued by means of an adhesive to the furniture and the cable that connects it to the LED strip. The result, in terms of use, has been effective, but not so much in terms of aesthetics achieved .

And with clean lines, the presence of the cable and the sensor, spoiled the appearance of the furniture. Possibility of installing it inside by means of a small hole in the wood? It could, but then the sensor would stop working and therefore it would lose a good part of its functions, since it would have to open the furniture so that this will be activated.

In that case the fact of being turned on when entering the kitchen was not feasible and that led me to think about another possible applicationsince I had done with two LED lighting systems without plugs.

If it were hidden from view, what could be the scenario that we all have at home and in which place it could make sense? The closet offered a good option to try to take advantage of the LED lights , thinking that hidden in it, the lights were turned on just by opening it.

I therefore decided to place the LED system in the wardrobes with sliding doors. With the sensor located next to the opening area and well hidden by clothes hanging on hangers, so that when you open the door, the lights, located in the upper area, are automatically turned on. And the result was much more satisfying than that achieved in the kitchen.

On the one hand the system is hidden from view, which makes us win in aesthetics. In addition, the autonomy also improves , because it is only turned on when opening the closet, which means much less hours of use than it offered when activated by detecting our presence in the kitchen.

Related Topics:DIYFeaturedFURNITUREKITCHENLEDLIGHTING AND ENERGY
Up Next

The Serif and The Frame TVs arrive for this year 2019: Samsung improves the image with QLED technology