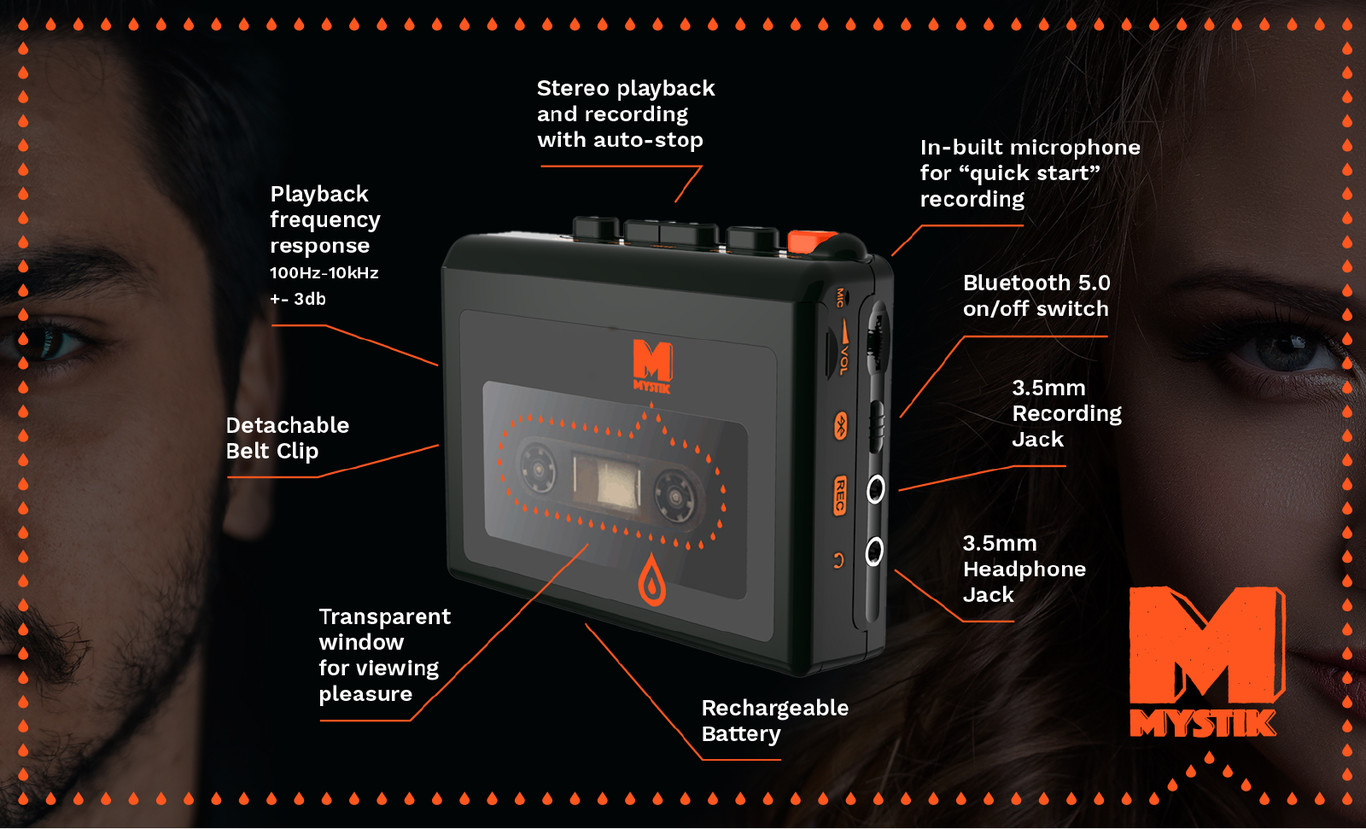 The cassette tape was one of the most popular audio media a few decades ago, but its multiple drawbacks reduced its importance with the arrival of digital sound, CD, MP3 and later streaming from the Internet.

However, there is a kind of nostalgic resurgence that in recent years is betting again on this obsolete format, offering both new batch players and blank tapes for recording our content.

In this line is where Mulann SA and RecordingTheMasters are going with the launch of Mystik , a cassette tape player in true Walkman style that has been revitalized with some extra features.

Externally it looks like a classic cassette from the early ’90s, but 21st-century circuits have been incorporated into it with Thomson / RCA-designed electronics that use a lithium battery instead of the classic AA batteries that are always used. they ran out of power at the most inopportune moment.

The frequency response of the sound system has been focused on a range that goes from 100 Hz to 10 KHz to minimize artifacts and the background noise typical of the tapes, as we can see far from the high fidelity to which we are used even in the simplest digital files.

In addition to the 3.5 mm jack headphone output , the manufacturer has chosen to also add a Bluetooth 5.0 interface to send the sound directly to wireless headphones as well as an integrated microphone (it also has a microphone input in case we want to use an external one) to make voice recordings on the tapes, including a virgin Fox C-60 to start making our first little steps.

The Mystik player is still seeking funding on Kickstarter and they hope to hit the market in September for $ 99 .

Optoma presents its new UHD50X projector, a 4K model with a refresh rate of up to 240 Hz that will excite the home’s gamers