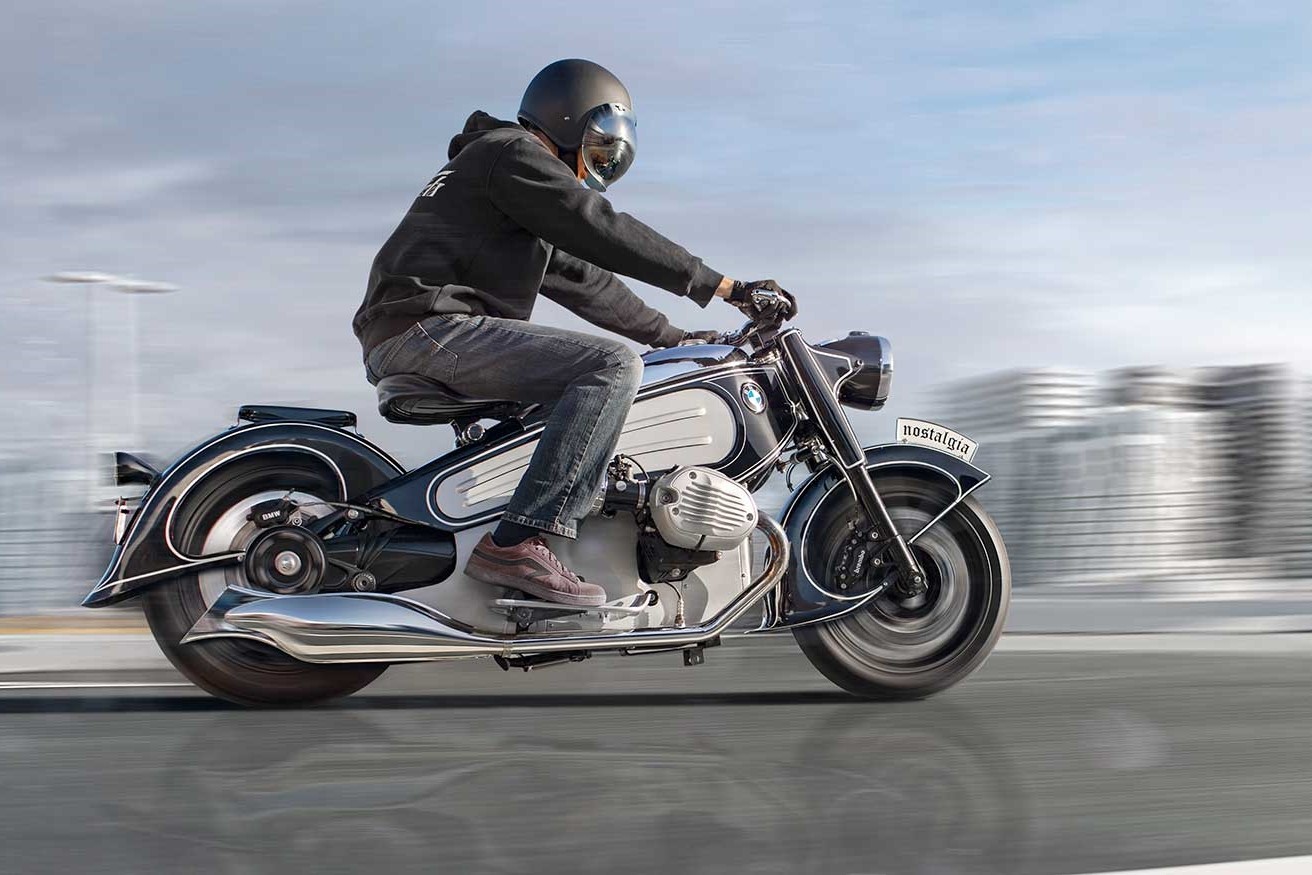 The BMW R7 is one of those mythical models that every self-respecting motorist must know. It was a pioneering motorcycle in several mechanical aspects, such as the telescopic front fork (the first that took it), and also had a design that stood out among the other bikes of the time for its influence of the Art Decó of the 20s and 30s.

Precisely of that restored model fell in love Alexander Niznik , a reputed businessman, when he saw her in the Elegance Contest of Pebble Beachin 2012. He was so surprised with the BMW R7 that he wanted to create a modern machine that looked like this mechanical jewel of over 80 years and the name chosen was Nostalgia .

It has the base of a BMW R NineT

The BMW R7 was a prototype designed in 1934 by Alfred Böning . It was one of the most expensive bikes of the time and that’s why it never happened. Instead, two very similar bikes were created, but at a lower cost (though not cheap): the BMW R17 of 1935 and the BMW R5 of 1936.

The BMW R7 disappeared for many years and they found it in very poor condition and abandoned. BMW Motorrad decided to restore it and bring it to life . It is here when Alexander Niznik , after seeing it in an exhibition, believed that he had to produce a motorcycle that was very similar to that prototype of 1934, although with the current technological innovations.

Niznik explained the Nostalgia project to NMoto and they accepted the challenge of building a motorbike that had the almost-traced design of that Art Deco motorcycle, but could be driven in the 21st century.

They used the base of the BMW R NineT to develop this new bike. It has up to 74 pieces manufactured by hand among which are, for example, the 12-liter fuel tank and the exhaust system (which passes the Euro 4 regulation). Most parts are made of aluminum, which reduces the weight even of the BMW R NineT and the original BMW R7 to stay at 205 kilograms .

Its retro design is complemented by the technology used by current motorcycles such as: brake discs, ABS, height adjustable seat (736 mm-812 mm), adjustable rear suspension, LED lighting, a multifunction display or even the starter keyless .

The Nostalgia has the prototype design influence 1934 as the speedometer elements located above the headlight, the individual seat, the boxer engine, escapes parallel to the ground or fenders.

The basic price of this motorcycle is 44,300 euros and because it has many pieces to be customizable, only a few units will be produced. You can already reserve the bike although the delivery time will not be before 2020.

Related Topics:ASSICSBMWDESIGNDRAFTFeaturedlatest. newsupdates
Up Next

The most sincere Marc Márquez: “I worry zero to be at peace with Valentino Rossi”