Smart Stone, that wants to save water in our toilet – FindNow 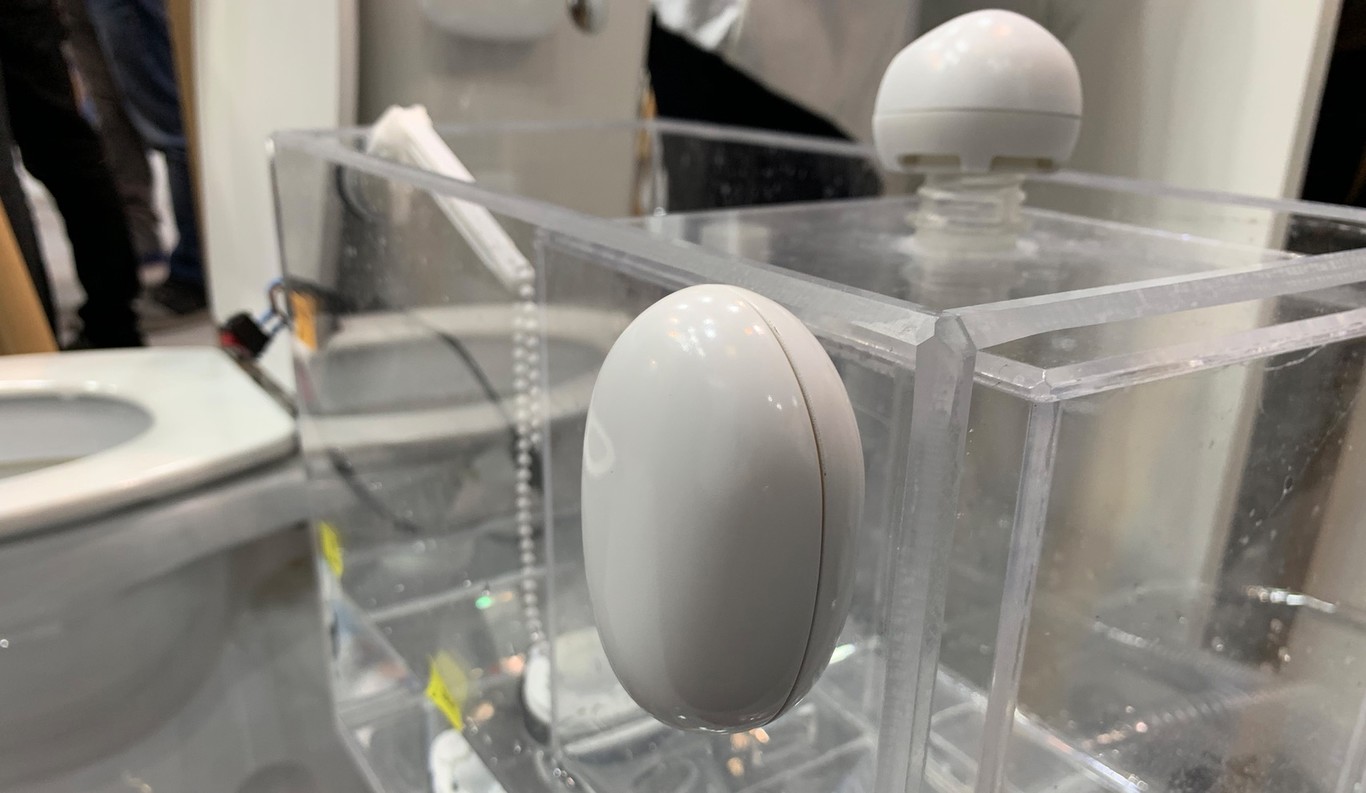 Water is increasingly a precious and scarce commodity, and therefore every drop we save counts. And the biggest consumption of water does not come from the one we drink, but from the one we use when we wash our clothes or go to the bathroom. So Ivan Kim, CEO and founder of Smart Stone , has started from this fact to turn his idea into reality: an “intelligent stone” that aims to save water every time we pull the chain .

The invention consists of a set of small devices that are distributed both inside and outside the tank. First we have a sensor that detects the vibrations and the sound we make when we sit on the toilet; and then a cap for a PET plastic bottle that will be placed inside the toilet cistern and connected to the rest of its mechanism.

In this plastic bottle will be stored water, which will be used or not depending on whether we are going to urinate or defecate. The external sensors are responsible for detecting one thing or another depending on the time we are sitting on the toilet , and if it is a short time will deduce that we have only urinated. In that case, the internal part of the Smart Stone blocks the water from the plastic bottle inside the cistern, saving it for future occasions.

Both sensors communicate with each other via Bluetooth, and their 3000 mAh battery is able to last “up to 6 months”. It can be easily charged with a microUSB cable in a matter of two hours, so if the theoretical figures are true that load will not affect almost anything to the daily use of the system.

The theoretical figures that Ivan Kim shows us are significant. Part of that 24% of the water consumed in a US house is the toilet, and ensures that Smart Stone is able to save almost half of that water with continued use of Smart Stone. Equivaldría to a 10% less of total cost of the water and to almost 50 euros less in the invoice of the water of a house where they live three people.

The use of plastic bottles as deposits in the tank is also valued as an advantage by Smart Stone, since the company does not have to invest resources in manufacturing its own plastic tank and also reuse plastic bottles that harm both the environment and our bodies . That bottle, by the way, can be up to 4 liters since it is the amount that Ivan Kim assures us that we can save each time we pull the chain.

The people in charge of the Smart Stone showed a simulation of their system with which they showed how they saved up to 4 liters of water every time you pulled the chain.

Smart Stone does not stop having weak points, of course: it only needs someone to only urinate but also stay sitting for a while because he just got up and is asleep, or because he has taken his smartphone with him and is distracted more than bill. In that case the device would use all the water, including the one in the plastic bottle.

Also keep in mind that most modern tanks already have options to use less water if you only go to urinate (surely you’ve seen the already typical buttons divided into two parts to choose between throwing more or less water). But this idea of ​​Smart Stone can be useful wherever old tanks are used that do not take into account savings and there is no possibility of modernizing them .The Smart Stone can provide very useful data in public services, nursing homes and hospitals

Perhaps the most interesting advantage of Smart Stone apart from water savings are the implications at the data level : the sensors are digital and therefore are capable of collecting data. Data that can be sent and processed, and that would give advantages in certain sites. The device could be installed in public services to count the number of times each toilet has been used (the more it is used, the more it will be necessary to clean it).

Another application could also be the one of health : in a residence of the third age they could be counted automatically the times that the residents go to the bathroom to control according to what diseases they have. We could talk about the same in hospitals, to facilitate the control and evolution of the ailments that patients have.

The Smart Stone is, in short, one of those simple ideas based on a connected sensor that can have very important benefits simply by sending your data and usage statistics. Can we think of something like that in all the toilets of the future? We can never say anything like that, but it is certainly not impossible.