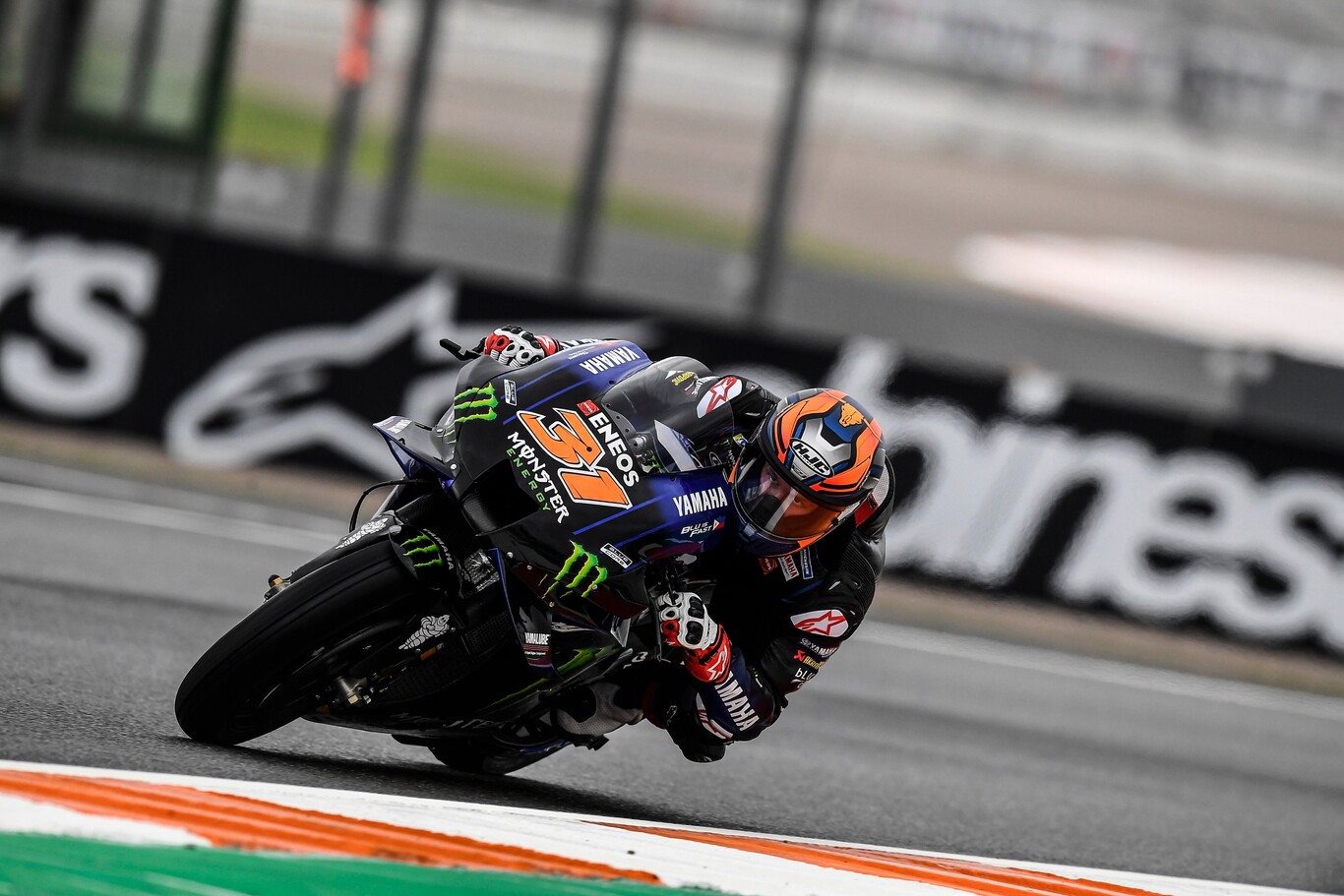 Jack Miller was the fastest on the first day of MotoGP practice at Cheste . The Australian rider set a time of 1: 32.528 in the final minutes, taking advantage of a lull in the rain. For times of this session they could be very important because they have been dry. If it rains tomorrow in the FP3, we already have the qualifiers for Q2.

It has been about to have a great injured, Joan Mir. The world leader set the eleventh fastest time of the day, which left him just outside Q2. But after the session they canceled a time trial by Cal Crutchlow that raises him to the privilege position by very little. Stroke of good fortune for Mir.

Aleix Espargaro slipped behind Miller , who in a great lap was 92 thousandths behind the Australian . A fantastic result for the Aprilia that shows that if it rains as much as possible. Lorenzo Savadori, the replacement for Bradley Smith, has not improved much the work of the Briton. It has been penultimate, only in front of Tito Rabat.

Another of the new faces of the day was Garrett Gerloff, who did not ride badly at his MotoGP debut. It seems that tomorrow Valentino Rossi will be able to get on the Yamaha already, but this Friday Gerloff rode regularly and being very fast when the track was more complicated, although in the end he was nineteenth.

As for the favorites for the title, many doubts for Fabio Quartararo, especially in the rain. The Frenchman was last in the morning , although with the dry track he has already improved to ninth position. Still, lack of practice can take its toll on a Grand Prix that is crucial to your aspirations.

Much better has been his partner, Franco Morbidelli, third to two tenths of Miller. The Petronas driver inherits the position of second sword from Yamaha after the misfortune of Maverick Viñales, who will have to use his sixth engine and will start from the pits. In addition, it has been eleventh, out of the theoretical Q2.

Good feelings for Pol Espargaró, who led most of the session although in the end he finished fifth as several riders improved in the last minute. KTM may have a great opportunity here, let’s remember that Dani Pedrosa was riding last week . Brad Binder also finished eighth, and Miguel Oliveira thirteenth.

This hypothetical Q2 would be completed by Álex Rins, Takaaki Nakagami and Andrea Dovizioso , who this time was able to squeeze his Ducati to get eighth. Alex Márquez was fast at times, but then he lost positions. The one who is finest this weekend is Stefan Bradl, who in the morning even finished third in rain.