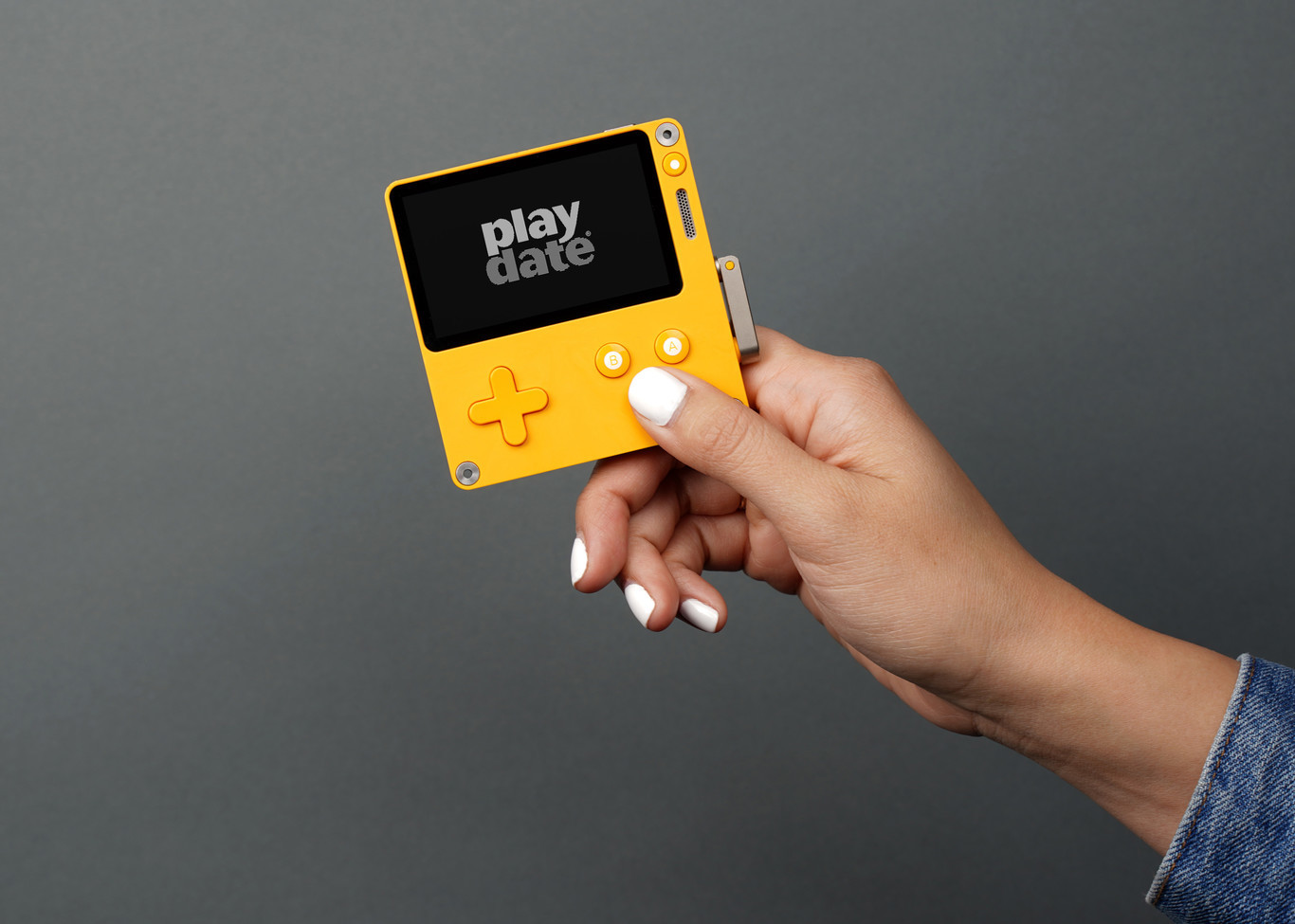 A distributor of video games manufacturing consoles? That is precisely what has happened with Panic , which is known by Firewatch, Camposanto, and has now been launched to a segment as settled as the portable consoles to launch its unique Playdate .

This portable console flees from conventionalisms and in fact remembers the legendary Game & Watch and Game Boy of Nintendo, but introduces surprising concepts like its crank and a download service of videogames with a very ‘indie’ philosophy.

To develop it they have worked with Teenage Engineering, and together they have created a truly unique device. A portable console that in addition to its directional joypad and its two buttons has an amazing element on its right side.

It is a crank that a priori we would think is used to recharge the console (an idea that was already applied in the OLPC ) but which is actually a “rotational controller”.

This crank will be used in games naturally because there will be precisely developments that take advantage of it both exclusively and in combination with the d-pad.

A different and fun design

Panic’s original idea is unique both in its conception and in its design. The small dimensions of the console recall concepts such as those introduced by Nintendo with their Game & Watch and later with their Game Boy.

Many of its specifications are not known, but we do know that it will have a monochrome (monochrome!) Sharp LCD screen with a 2.7-inch diagonal and a resolution of 400×240 pixels.

Its dimensions will be 74x76x9 millimeters, which reveals that it has a volume that is roughly half of current mobile. Playdate also includes Wi-Fi and Bluetooth connectivity (there is no mention of possible competitive or online game at the moment), as well as a headphone jack and USB-C connector to charge the battery, whose autonomy is unknown.

The concept therefore moves away from modern trends such as the use of electronic ink screens, re-luminated color screens or touch controls, and focuses on a much simpler concept and which, of course, with that monochrome screen poses a challenge the most interesting for those who already live accustomed to games in color.

The catalog of games is still to be defined, but the company has already held talks with various studios and developers and already has a prepared title, the so-called “Crankin’s Time Travel Adventure” by Japanese developer Keita Takahashi, known for games like ‘Katamari Damacy ‘ .

Some of its games will be very short and many will have a more experimental approach, but there is an especially interesting news: the 12 games of what they call the “first season” will be included in the console without an additional cost.

Panic will launch a download service that will deliver a new game every week for 12 weeks. If you buy the console once that season is underway you can choose if you want to receive all the games published at once or gradually and in order.

This leads us to think that the console will have a subscription service associated with games, although they have not given details about the start-up plans, start dates or price of that subscription.

Price and availability of Playdate

There are still many unknowns around Playdate, and one of them is its exact date of sale. In Panic they have confirmed that they will start accepting reserves by the end of 2019 and they want to start sending the first units in early 2020.

It will be necessary to see if those plans manage to be fulfilled, but what we do know is that Playdate will cost 149 dollars in the United States and that first season of games will be included in that price.

There are no details on its potential sale outside the United States, but if you are interested you can already sign up to the mailing list to be informed with the latest news of a project that is certainly a breath of fresh air in this segment.